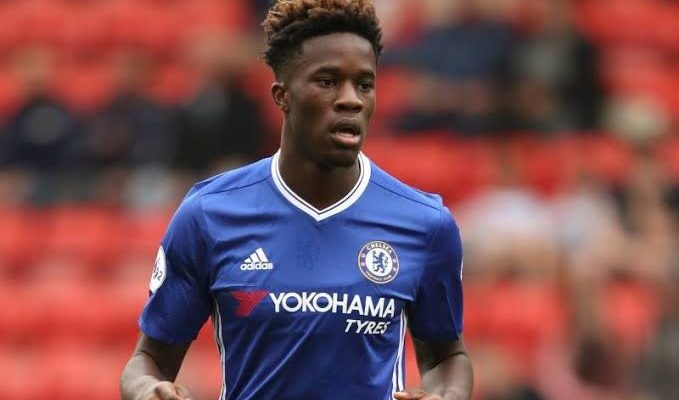 21-year-old Ike Ugbo has been at Chelsea for more than a decade, but he will be spending the 2020/21 season in the Belgium Jupiler League

Chelsea youngster Ike Ugbo has completed his loan move to Belgian side Cercle Brugge, and the young striker has promised to score the goals the team needs to achieve its objectives this campaign.

Ugbo joined Chelsea has a nine-year-old lad 13 years ago, developing progressively through the club’s various youth levels until he signed his professional contract in 2017.

It’s been tough breaking into the Chelsea first-team picture, though, with the England youth international spending the last couple of years on loan at various clubs.

Ugbo was exceptional in the Netherlands last season, ending the campaign with 13 goals in 28 league games for Roda JC – his best scoring tally in a single season since turning professional.

Belgium is already home to a few Nigerian footballers, including Emmanuel Dennis, Cyriel Dessers, David Okereke, among others, and it will be Ugbo’s home for at least the next 12 months.

“I am Ike Ugbo. I am new player of Cercle Brugge. I was born in South London, Lewisham. When I moved over to Canada when I was young, I started playing football more seriously, I was about four or five,” Ugbo told Cercle Brugge official Twitter account.

“When I came back to England when I was about nine, I started taking football serious in Sunday League, and then I got scouted by Chelsea, and I have just been there ever since.”

CHECK IT OUT:  EFCC Releases Total Names Of INEC Officials Arrested In Zamfara

“I’m an exciting striker. I like to get a lot of goals, create a lot of chances. I like to excite the fans and do everything I can to help the team.

“I want to score more goals and contribute more goals this season. Hopefully, we can finish as high as possible, near the top end of the table this year. I’m willing to put in everything I have got to be there for the team,” he added.