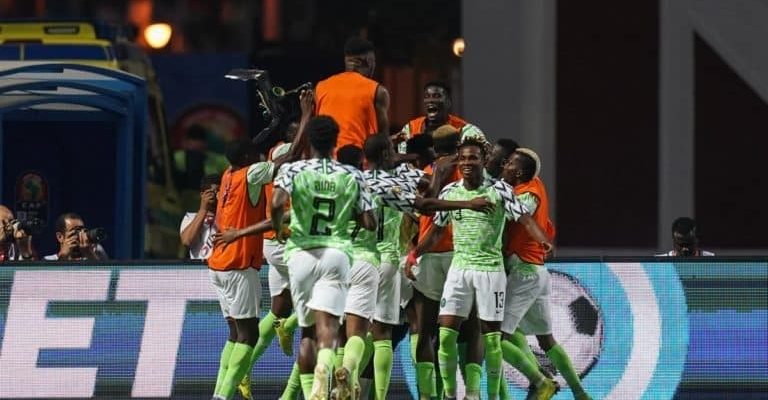 The 2021 Africa Cup of Nations Qualifiers was suspended in March, but the Confederation of African Football (CAF) has announced a new resumption date for the remaining matches

The Africa Cup of Nations, which will be hosted by Cameroon, has been shifted for a year and will take place in 2022.

Gernot Rohr’s men are well placed to qualify for Africa’s biggest showpiece having won their first two qualifiers against the Benin Republic and Lesotho.

The third and fourth round of qualifiers could not take place as scheduled in March as a result of the coronavirus pandemic.

The Super Eagles face the Leone Stars of Sierra Leone in a doubleheader before rounding up against the Squirrels of Benin and Crocodiles of Lesotho.

Meanwhile, the Qatar 2022 World Cup qualifiers initially scheduled to start in November will now kick-off in May 2021 and end in October 2021.

Nigeria have been drawn in a group that includes Cape Verde, Central African Republic and Liberia.

CHECK IT OUT:  Davido Refuses To Sign On A Fan Breast For Autograph (Watch Video)