Veteran actress Iya Osogbo to retire from acting at 90 after 67 years in the industry - NaijaCover.Com
Skip to content 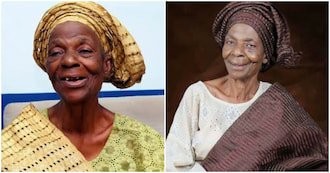 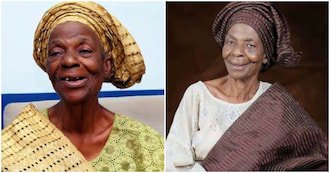 For many who are familiar with Yoruba movies, veteran actress Grace Oyin-Adejobi aka Iya-Osogbo remains a name to remember especially because of some chilling roles she played.

However, 67 years after gracing the television screens, the aged actress has now revealed her decision to officially retire from acting, Metro News reports.

Iya Osogbo made the revelation during an appearance on a radio programme anchored by Olayinka Agboola, which aired on Space 90.1 FM, a radio station in Ibadan, Oyo state.

The actress married to late Yoruba actor, Oyin Adejobi who died in 2000, also disclosed that she would be clocking the age of 90 on Sunday, August, 23.

According to her, contrary to what a lot of fans believe, she has already attained fame before making an appearance in popular Yoruba movie, Eran Iya Osogbo.

Speaking on what is obtainable in Nollywood nowadays, Iya Osogbo condemned the mode of dressing of many young actresses in the industry.

The post Veteran actress Iya Osogbo to retire from acting at 90 after 67 years in the industry appeared first on .

CHECK IT OUT:  Over 3,000 Drivers’ Licences Are Abandoned By Owners In Cross River