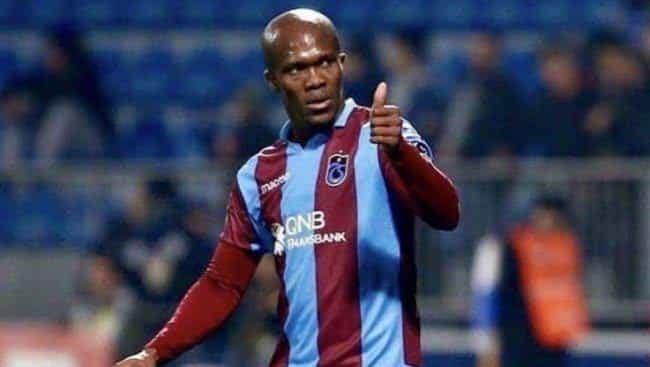 ldThe Trabzonspor attacker, one of the country’s most consistent performers in Europe over the past few years, could switch Turkish sides this summer

One-cap Super Eagles star Anthony Nwakaeme is on the radar of Turkish Super Lig giants Fenerbahce who are keen on signing the Nigerian according to the Internet Spor.

The reports say Fenerbahce’s sporting director Emre Belözoğlu has made contact with Nwakaeme’s agent towards a possible move for his client, who, in turn, asked for more time to consider the offer from the Istanbul club.

Despite Trabzonspor missing out on the league title last season, Nwakaeme still ended on a happy note after lifting the Turkish FA Cup last month.

The former Hapoel Beer Sheva star has enjoyed a remarkable spell in Europe in recent times, finishing with double figures in goals and assists in each of the last four seasons.

Fenerbahce will, however, have to match the 31-year-old’s ambition and splash out his release clause of 2.75 billion naira (six million euros) to lure him away from Medical Park Stadyumu.

Nwakaeme has a contract with Eddie Newton’s side until the end of the 2021-2022 season.