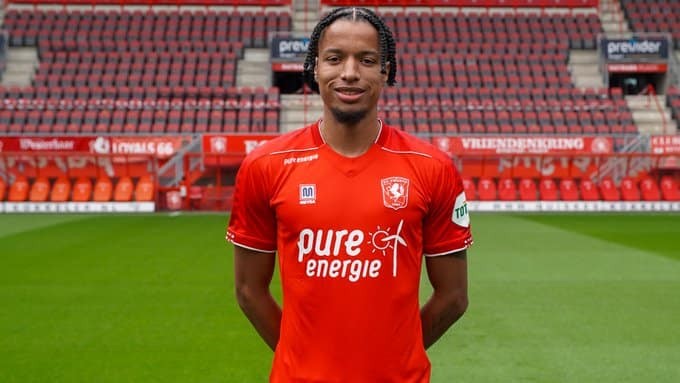 The Nigerian international had a difficult time in Portugal, but he has been offered a fresh start back in the country where it all started for him

Super Eagles star, Tyronne Ebuehi has left Portuguese side, Benfica, to join FC Twente on a season-long loan deal with an option to buy permanently.

It’s been a difficult last two years for Ebuehi, but a move back to his country of birth provides him with an opportunity to get his career back on track.

A statement on the club’s website read: Tyronne Ebuehi will play for FC Twente next season. The 24-year-old defender comes on a rental basis from Benfica. An option to buy has been included in the lease with the Portuguese club.

“It feels great to be here at FC Twente. The conversations I had with the club were very positive, and I am looking forward to playing here. In the past, I played against FC Twente with ADO. Twente is a big club, and I want to prove myself here, but of course, also help the club.”

Ebuehi started his top-flight career with Ado Den Haag. It was at the club he made his international debut for Nigeria and was part of the squad that went to the 2018 World Cup.

Shortly after the World Cup, he joined Benfica on a five-year deal. However, his time at the club ended before it even started after picking up a knee injury that ruled him out of the season.

CHECK IT OUT:  Saka’s Omission And Eze’s Withdrawal From England Squad Could Be A Good Sign For Nigeria