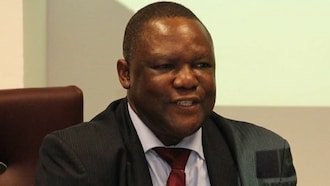 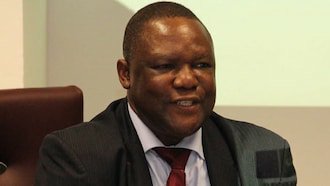 The Nigeria Police Force has invited a former deputy governor of the Central Bank of Nigeria, Dr Obadiah Mailafia, for questioning over his recent comments on the Boko Haram insurgency.

According to Sahara Reporters, Mailafia is expected to be at the Force Headquarters in Abuja by 11am on Monday, August 24.

Recall that the Department of State Services (DSS) had earlier invited Mailafia twice over his claim that a northern governor was a commander of the Boko Haram insurgents.

After the DSS invite, Mailafia explained the source of his information on the alleged commander of Boko Haram.

He said on Thursday, August 13, that he got his information from traders he met in a local market.

Mailafia claimed he got the information via his interaction with some Fulani traders he met in his village market.

He, however, said he apologised to all those who were offended by his statements, adding they were not targeted at anyone. He also said they were not aimed at causing trouble.

CHECK IT OUT:  Heartbreaking! Student Electrocuted During Rainstorm In Enugu