NBA apologises to El-Rufai over withdrawal of conference invitation - NaijaCover.Com
Skip to content 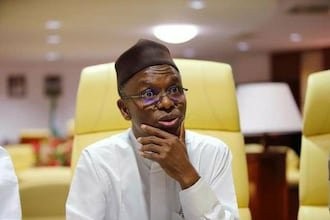 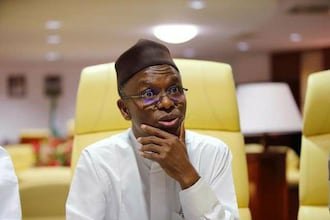 The Nigerian Bar Association (NBA) has sent a letter of apology to Governor of Kaduna, Nasir el-Rufai over the initial withdrawal of an invitation for its annual general conference.

The NBA had invited Governor el-Rufai to appear as a guest speaker at the forthcoming conference, but had withdrawn the invitation after its Kaduna chapter kicked against the decision.

However, in a statement on Friday, the president of the association, Paul Usoro, expressed deep regret over what he described as unintended embarrassment to the governor and took full responsibility for it.

Usoro also disclosed that he has apologised to the Nigerian Governors’Forum and maintained that the NBA does not in any way support ethnic or religious sentiments.

The post NBA apologises to El-Rufai over withdrawal of conference invitation appeared first on .

CHECK IT OUT:  Pastor Adeboye Of RCCG Says He Will Kill Anyone Who Messes Around With His Wife (Video)