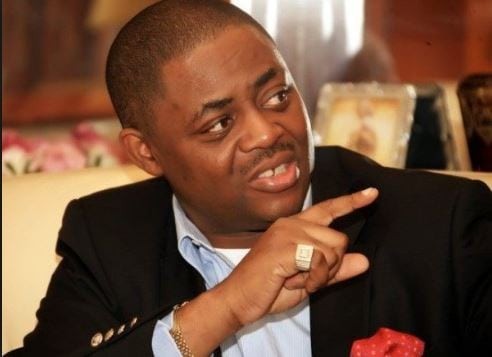 Femi Fani-Kayode has lamented at how the withdrawal of an invitation to Governor Nasir El-rufai of Kaduna State by the Nigerian Bar Association, NBA, degenerated into a matter

between Christians and Muslims.

The NBA withdrew the invitation after some of its members kicked against it.

This led to various Islamic groups and bodies slamming the decision by the NBA.

In reaction, Femi Fani-Kayode said that the development is an indictment on us a.

He tweeted: “Can someone please explain to me how the withdrawal of an invitation to speak at an event held by an association of learned men and seasoned professionals ends up degenerating into a Christian versus Muslim matter?

“This is not only shameful but is also a grave indictment on us all.”

CHECK IT OUT:  Football Legend, Kanu Nwankwo In Serious Pains As He Loses ‘Daughter’