”I can’t fight who is twice my size” – Erica bodyshames Laycon - NaijaCover.Com
Skip to content 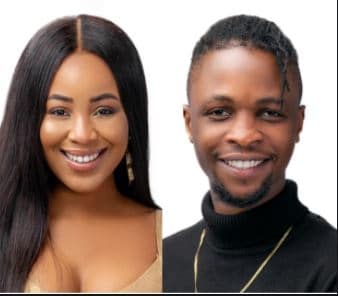 In a video, while talking to Neo, Erica expressed her anger as she asked “ Who the fuck is laycon? Look at him? ”

Both Erica and Kiddwaya have been trending on Twitter all through the day for the wrong reasons after they both got a strike for breaking some of the house’s rules. Erica received a double strike for whispering and sleeping in the house of house room, while Kiddwaya received a strike for failing to carry out some assignments given to him by Biggie.

Sad and angry, Erica expressed her disappointment in Laycon for not consoling her after she received the strikes.

The post ”I can’t fight who is twice my size” – Erica bodyshames Laycon appeared first on Kemi Filani News.

CHECK IT OUT:  CAN Leaders Will Regret Congratulating President Buhari On His Re-Election – FFK