“I Had No Other Choice” – Super Eagles Hopeful Confirms Return To Turkey From Spain - NaijaCover.Com
Skip to content 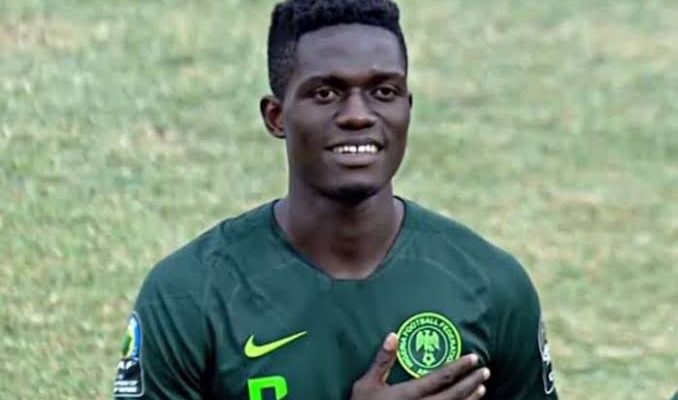 A promising campaign has ended in disappointment for Almeria, and the Spanish side has sent their Nigerian loanee back to Galatasaray

Young Nigerian defender Valentine Ozornwafor has made his way back to Galatasaray after spending the last 12 months at Segunda Division side Almeria.

Gala, however, allowed the 21-year-old centre-back to join Almeria later in August on a season-long loan deal.

He had limited game time in Spain, but the youngster still impressed whenever he was on the pitch, scoring once in five matches as the Rojiblancos finished in one of the playoff spots in the Spanish second division.

Ozornwafor has now returned to Galatasaray while pouring cold waters on rumours that he is close to moving to another club this summer.

“If I talk about speculation, Galatasaray is my club,” the Flying Eagles star said as quoted by Turkish publications, Sabah Spor.

“Now, my loan deal has ended, and I returned to the team, holding my testimonial. I already had no other choice.”

Ozornwafor has already been invited to the Super Eagles set-up, but he failed to make it off the bench for his international bow in the 1-0 defeat of Egypt in a friendly match last year.

CHECK IT OUT:  We Targeted Secondary School Girls For Marathon Sex – Suspect