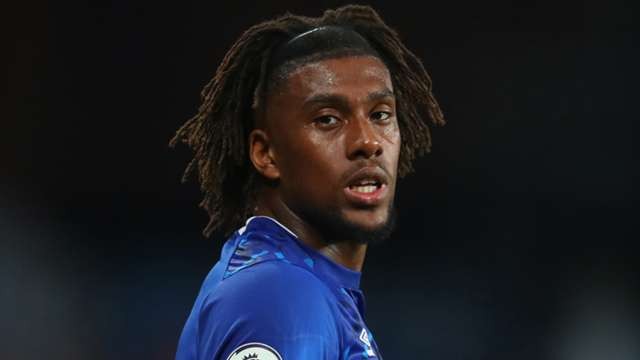 Zaha could leave Selhurst Park, and Bent believes he would be a brilliant signing for the Toffees. The former Manchester United star has been a long term target for Everton with the Merseysiders having a bid rejected by Crystal Palace last summer.

After their efforts to sign Zaha failed, Everton signed Iwobi for a reported 35 million pounds from Arsenal last year.

However, the Nigerian international has failed to justify his fee, incurring the wrath of Everton fans. Iwobi made 31 appearances in all competitions for Carlo Ancelotti’s men, scoring just two goals.

While Iwobi struggled, Zaha flourished with Crystal Palace and has once again been linked with a move away from the Eagles.

Bent believes should Zaha be available, Everton should be in front of the queue to sign him as he is an upgrade on Iwobi.

“I think it is (a step up),” Bent said on football insider per Liverpool Echo. “I know you might look at where they are in the league, but I’d say it’s a step up in regards, they have a top manager, he’s going to attract top players.

“For me, Alex Iwobi doesn’t do it for me, his end product’s not good enough, he doesn’t score enough goals, doesn’t create enough goals, so he’s not really doing anything.

CHECK IT OUT:  “EFCC To Go After Doctors Who Issue Fake Medical Reports To Criminals” – Magu

“For me, if Zaha can get himself down there and play on the left-hand side with Richarlison, Calvert-Lewin, Gomes, I really like what they’re doing down there. If I’m Everton, I go for that one 100 per cent.”

The Toffees may be able to get their man after Crystal Palace brought in Eberechi Eze as a potential replacement.