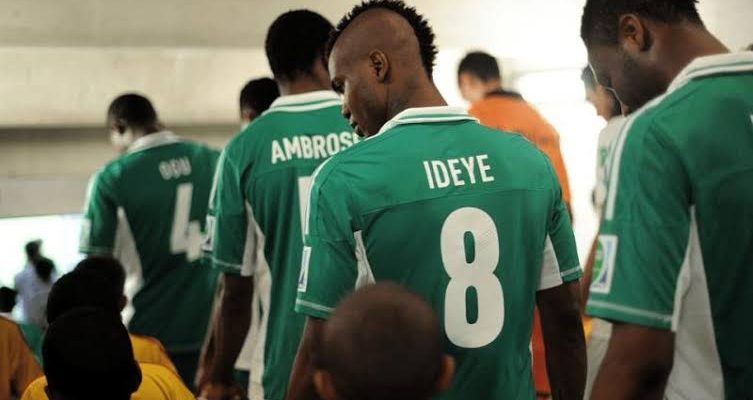 It was another busy Saturday for Nigerian footballers across Europe and Asia, with a few involved in league matches and preseason friendly games.

Following in the footsteps of compatriot Victor Osimhen, 2013 Afcon winner Brown Ideye scored on his debut for Goztepe to lift the Super Lig side to a 2-1 win over Menemenspor in a club friendly game played at the Zafer Stadı.

But Firat reduced the deficit for Menemenspor on the stroke of halftime.

The 31-year-old striker moved to Goztepe last week from Greek side Aris Saloniki on a free transfer and will look to fire his new side to success in the Turkish league.

Former Nigeria international Efe Ambrose was solid in defence as Livingston claimed their first league win of the six-game-old Scottish Premiership with a 1-0 triumph over Ross County at the Tony Macaroni Arena.

Jon Guthrie’s winner arrived in the 64th minute to lift Gary Holt’s side to 10th on the league standing with five points.

At the Avaldsnes Idrettssenter in Norway, Super Falcons star Rasheedat Ajibade netted a first half brace to power Avaldsnes to a 4-0 win over Roa in the Toppserien.

The 2018 African Women Cup of Nations winner scored in the 4th and the 45th minute, either side of a Gorry goal to help the host to a three-goal advantage heading into the break.

Josendal’s late effort then compounded the woes of the league’s basement side.

Ajibade now has five goals in nine games for Avaldsnes, with the club only three points behind league leaders Valerenga.

CHECK IT OUT:  BREAKING!!! USA Cancels Automatic Visa Application For Those Renewing Their Visas

Also in Norway, young Nigerian forward Taofeek Ismaheel was the hero for Skeid as his second half brace earned the 2.Division side a 2-1 victory over Floro.

The 20-year-old attacker opened the scoring, his first of the season, just past the hour mark and doubled the hosts’ advantage seven minutes later, before Callaku got the visitors a consolation goal.

And in Japan’s J3 League Origbaajo Ismaila grabbed his seventh goal in 12 appearances as his Fukushima United side picked up all the three points at stake at struggling Cerezo Osaka II.

All the goalscoring actions came in the closing stages of the encounter, with Fujio handing the host the lead in the 88th minute.

But two goals from Ismaila and Ikeda deep in injury time turned the tie in the visitors’ favour.