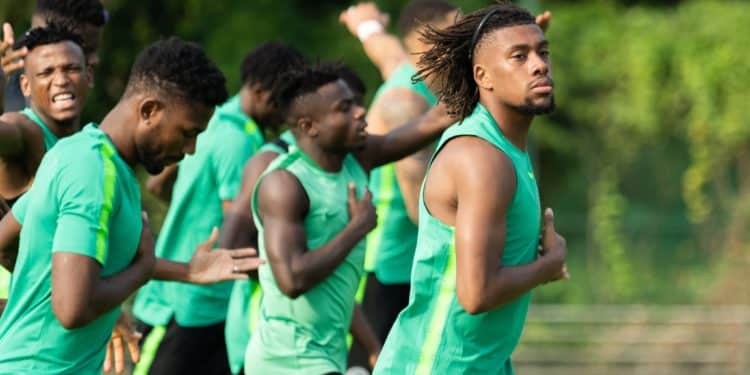 Super Eagles forward Emmanuel Dennis delivered an excellent display in Club Brugge’s fantastic 2-1 away win at KRC Genk on Sunday, and the 22-year-old was named the game’s Man of the Match.

Dennis, starting just his second game of the four-week-old season, was lively on the left-wing, and he provided the cross which Hans Vanaken did well to head in for the visitors’ opener in the 22nd minute of the encounter.

Super Eagles hopeful Cyriel Dessers then had the chance to draw Genk level shortly after the restart, but he missed from the penalty spot.

Youssouph Badji netted a late goal to ensure that the reigning champions claimed all the three points at stake.

Dennis was replaced in the 75th minute, but he had done enough to justify his start, and he could not hide his delight after the face-off between the 2019 and 2020 champions of Belgium.

“I am very, very happy with this victory,” Dennis told ElevenSports as per Voetbal24.

“We worked hard in training and really wanted to win this match. After the poor performances and defeats of the past weeks, we wanted to give something back to our supporters.

“Our first goal? That was easy. I brought the ball forward, and Hans headed the ball in well. We still got chances, but in the end, I am especially happy with the victory.”

CHECK IT OUT:  Super Eagles Will Be In ‘Killer Mood’ – NFF Boss, Pinnick

Former Spezia star David Okereke lasted the entire duration of the game for Brugge while Super Eagles striker, Paul Onuachu, did not make it off the bench for Genk.

Dennis, however, continues to be linked with a move away from Belgium with several Italian and English clubs keeping tabs on the exciting youngster.