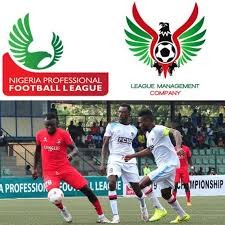 The Confederation of African Football (CAF) has ranked the Nigerian league – the flagship of which is the Nigerian Professional Football League (NPFL) – as the eighth-best league on the African continent, trailing the likes of Morocco, Egypt, and Zambia.

The CAF ranking, as detailed on the football body’s official website, employs a point system based on how clubs from respective countries have performed in the two major club competitions over the past five years.

Nigerian clubs have had mixed fortunes on the continent in recent times, with NPFL teams struggling to get to the latter stages of the CAF Champions League and Confederations Cup.

Two-time CAF Champions League winners Enyimba remains the country’s best performer in the period under review, as the Aba Elephants have reached the group stages of the Confederations Cup twice in the last five years.

Other teams like Akwa United, Kano Pillars, Plateau United, Moutain of Fire and Miracle (MFM) FC, Ifeanyi Ubah FC, and Lobi Stars have all represented Nigeria on the continent during this period but with no significant impact.

Unsurprisingly, the leagues of North African countries continue to dominate the African scene, with the trio of Morocco, Egypt, and Tunisia taking the first three spots on the ranking table, while Algeria sit in a respectable fifth.

DR Congo and South Africa are third and sixth respectively, while Zambia, with a four-point advantage, pushes Nigeria down to eight.