Erica trends after confirming s3x with Kiddwaya on BBNaija; Uti Nwachukwu sides with her - NaijaCover.Com
Skip to content 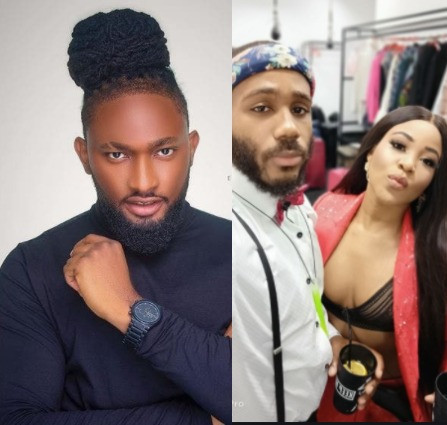 Uti Nwachukwu has fired shots at critics of BBNaija housemate, Erica, who recently revealed that she and Kiddwaya had sex while in the Head of House lounge.

Taking to his Twitter handle to reply those attacking Erica, Uti wrote

If u are not a Virgin, If u have ever made out (lolox) and u condemn Erica because of any fabricated nonsense, then 600 years suffa for u and ur cohorts Its always the struggling ones that blab blaber blabbest! #BBNaija ELITES! DEM GO CLEAR ROAD FOR STARGYAL!! 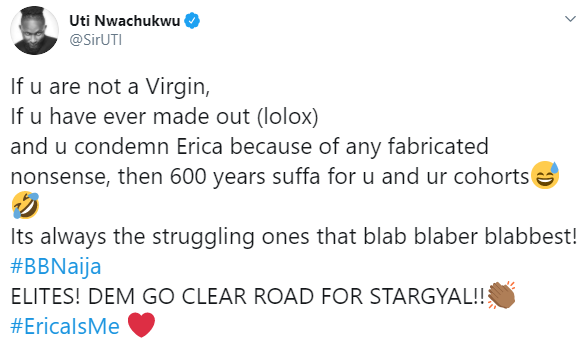 The post Erica trends after confirming s3x with Kiddwaya on BBNaija; Uti Nwachukwu sides with her appeared first on .

CHECK IT OUT:  Nigeria Yet To Attain Self-Sufficiency In Rice Production, Says Osinbajo