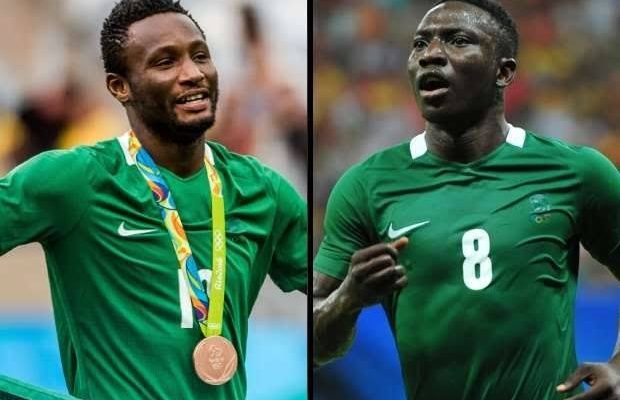 The Nigerian international has not been part of the Potters’ pre-season preparations, confirming speculations that he is not part of the club’s plans ahead of the coming campaign

It’s a fantastic start to life with the Potters for the former Chelsea ace, after scoring on his debut for the Championship side a few days ago.

But there was no room in the Stoke matchday squad yet again for Nigerian midfielder Oghenekaro Etebo.

The 24-year-old returned to the Bet365 Stadium last month from a loan spell at Getafe, but he has not taken part in Stoke City’s friendly games against Linfield, Burton Albion, Shrewsbury Town, and Leeds United.

Etebo was also not named in the squad that beat Blackpool in the League Cup.

It’s an unexpected turn of events for Etebo, who joined the English side amidst fanfare in 2018, is still under contract until 2023, and was named the Fan’s Player of the Year last term.

A Nigeria international since 2013, Etebo helped the three-time African champions reach the Africa Cup of Nations semi-finals in the summer of 2019.

With experience playing in Portugal, Spain, and England, Etebo should have no trouble attracting suitors before the transfer window closes next month.

CHECK IT OUT:  “I Will Make Tacha The Biggest Brand Out Of Africa” – Teebillz Vows