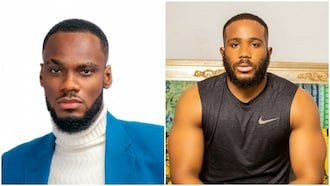 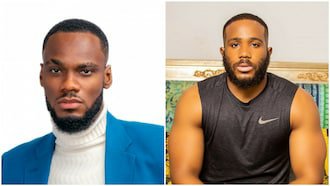 During the BBNiija 2020 live show on Sunday, September 13, Prince and Kiddwaya were evicted from the lockdown house.

The whole house was tensed when Ebuka called Prince as the customary exchange of final goodbyes in the house was said.

During his chat with Ebuka, he said he knew he was going to evicted and that was why he wanted to win the HOH game so bad.

The evicted housemate said that after he lost out of the game, he just felt he would be leaving the house during the next eviction show.

On his feelings for Nengi, he parried the question by saying he just had to say he liked Nengi when everybody was asking who was favourite housemate.

Prince said that Dorathy is like a sister, saying he loves her as one. When he was shown the people who put him for eviction, he was taken aback when he saw that Trickytee was among them.

On his future plan, he said he would like to go into hosting, acting, and especially agriculture.

As Kiddwata was evicted, he took it calmly as he has always been. When he was asked about how he feels about it all, he said the money was never his motivation.

He also maintained that what he has for Nengi is pure friendship, contrary to the opinion that many have that had something going on.

He added that Erica is more than a friend to him, saying he believes she is someone that always has his back. Ebuka also joked about Kiddwaya’s dance skill.

The post BBNaija: Prince, Kiddwaya evicted from the house appeared first on .