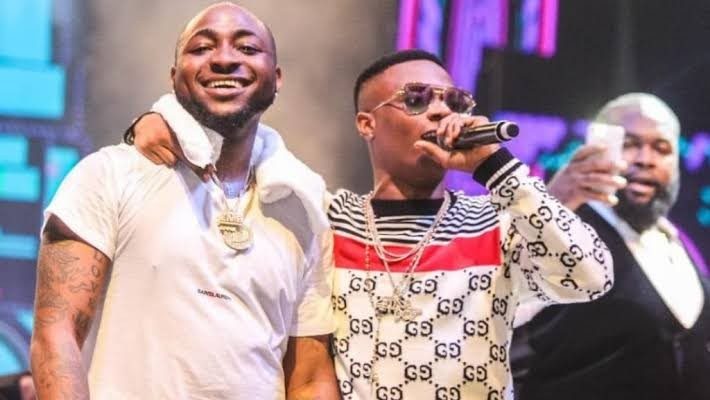 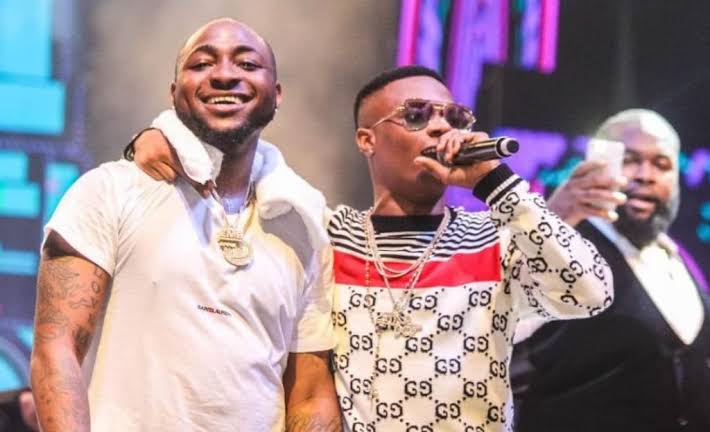 Davido Music Worldwide boss is surely back on social media as you can expect, he came back with all the vibes we missed.

On his return to social media, Davido released a brand new single, “Fem” a song that has quickly risen to fame and trending in the country.

However, some people surely don’t like the new song and they took to Twitter to show their displeasure, one of such is a Seyi Funmi @Seyi_OG, who wrote, “when the hype is down, we’ll talk about how Davido pulled the biggest Heist on YouTube with Fem”, Davido immediately replied him, “Just accept I’m BIGGER THAN UR FAVE”. 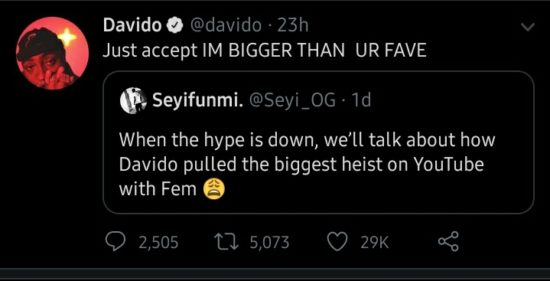 The user then replied him again, “My fave is Wizkid Ayo fucking Balogun!”, well Davido had the reply ready. Quoting the tweet, he replied, “Calm down why u shouting…. I SAID WHAT I SAID BITCH”. 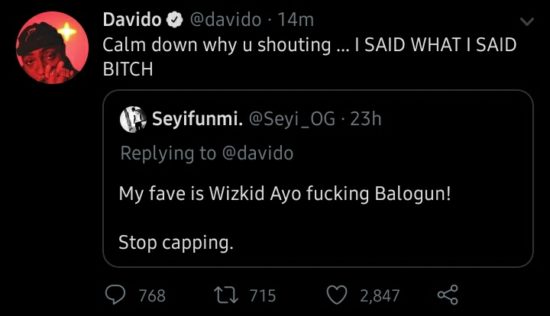 The post “I’m bigger than your favorite singer” – Davido says during clash with Wizkid fan on Twitter appeared first on .

CHECK IT OUT:  Tiwa Savage Reacts As CityFM OAPs Are Caught On Video Mocking Female Artistes