Seun Kuti says parents who are being insulted over Ferrari deserve the insult - NaijaCover.Com
Skip to content 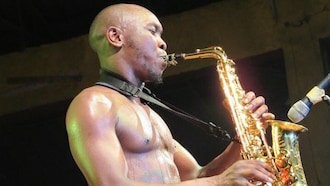 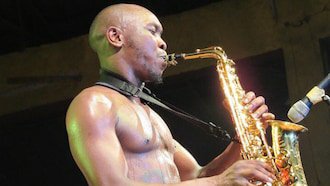 Legendary Afrobeat musician Seun Kuti has said parents whose children insulted them online because they did not buy them Ferrari deserve every bit of the insult.

Recall that some Nigerian youths insulted their parents because they could not buy them Ferrari like billionaire businessman Femi Otedola did for his three daughters recently.

The youngest son of the father of Afrobeat, Fela Anikulapo Kuti, said the insulted parents deserve every bit of the insult because they did not raise their children well.

The musician took to his Instagram story to share his thoughts, saying kids who can insult their parents because of Ferrari were not raised the way they out to have been raised.

He wrote: “If you’re insulting your parents because of Ferrari, then they deserve it, they raised you wrong, so wrong!! Insult them more jare.”

The post Seun Kuti says parents who are being insulted over Ferrari deserve the insult appeared first on .