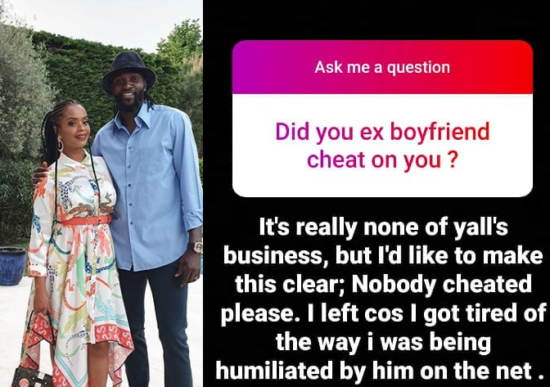 Big Brother Africa The Chase winner, Dillish Mattews has revealed she broke up with Emmanuel Adebayor because the footballer was humiliating her on the internet.

During questions and answer session on Instagram, a curious fan decided to find out what led to her break-up from the Togolese footballer.

‘Did your ex-boyfriend cheat on you?, the fan asked.

In her reply, Dillish said none of them cheated, but left the relationship because she got tired of being humiliated by the footballer on the internet. 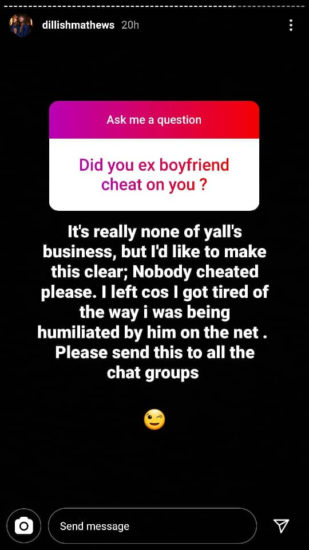 In July, Adebayor confirmed their split when he showed off a new woman on his Instagram page and gushed over her beauty. He wrote in his caption: ‘SEA, Keep distracting us with the look.’ 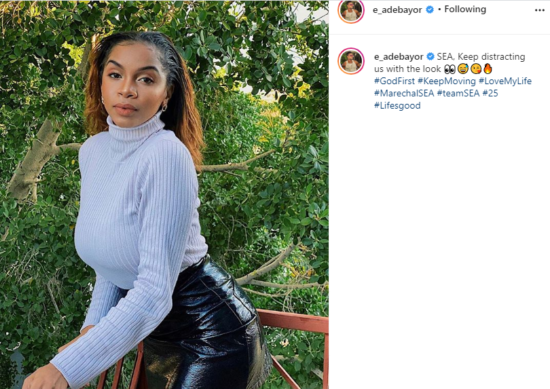 The post Dillish Mattews accuses her ex-boyfriend, Emmanuel Adebayor of humiliating her online appeared first on .

CHECK IT OUT:  Is Didier Drogba The Most Overrated Striker In Football? (Read This)