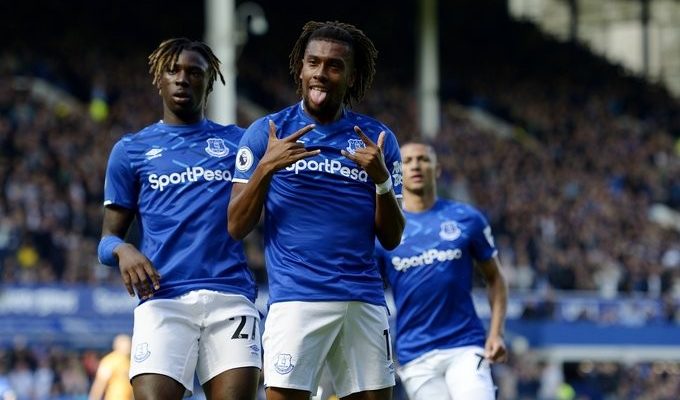 Super Eagles midfielder Alex Iwobi has expressed his happiness after starting a game for Everton this season but hopes to get another chance against Crystal Palace on Saturday.

Iwobi missed the Toffees first two games of the season due to an injury but was a substitute in the win over West Brom last weekend.

The Nigerian international was, however, handed a start in Wednesday’s Carabao Cup victory against Fleetwood Town, and he revealed the experience would get him up to speed.

“It’s good experience for me to build fitness and I’m ready for all competitions, so it’s good of the manager to give me this opportunity,” the 24-year-old said on Everton’s Website.

But with the level of competition in the Toffees squad, Iwobi is likely to return to the bench when Everton take on Crystal Palace in the Premier League on Saturday.

However, the former Arsenal star hopes to get more opportunities from Toffees manager, Carlo Ancelotti, following his heroics on Wednesday.

“It’s always good to score, but the main thing is the team goes through to the next round. I’m glad I was able to help.

“Everyone wants to play, and I’m trying my best to play in all competitions – hopefully, I can give the manager a headache and play as much as I can”, Iwobi added.

CHECK IT OUT:  Comedian AY Poses With His Lexus LX570 (Photo)