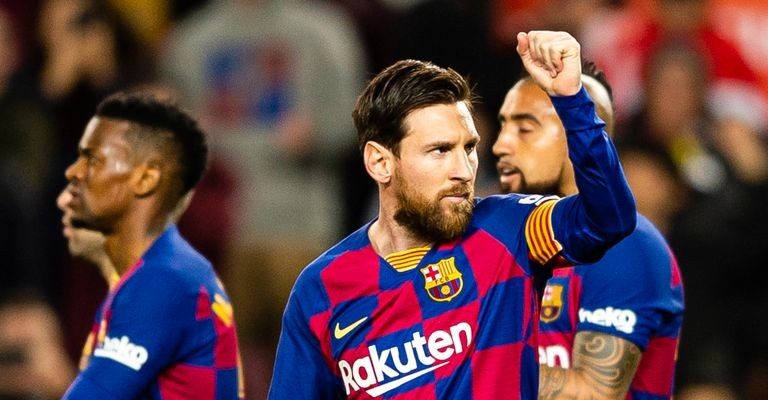 Having decided not to sue the Barcelona management and denied rumours of his transfer with a large compensation payment, Messi continues to delight football fans with his excellent performance.

The greatest player of modern football with his unique ability to overcome the opponent’s defence using spectacular feints, Messi continues his brilliant career as a player in FC Barcelona.

He has many titles and awards, but the footballer himself states that the success of the team is at the forefront for him. But, how does that compare with his recent plans to leave his home club?

Conflict with the Club’s Management

The desire to leave Barcelona is not at all a whim of the Argentine footballer. The main reason lies in the player’s long-term conflict with the leadership, headed by Josep Bartomeu. As known, Leo’s contract ends in the summer of 2021.

Wishing to leave the club before the end of the contract, the footballer could apply for its early termination at the end of the 2019/20120 season – however, the coronavirus pandemic interfered with his plans.

Arriving in Catalonia, Jorge Messi, the father and agent of the talented football player, held an hour-and-half negotiation with the management of the football club.

However, Bartomeu demanded the fulfilment of the terms of the contract, which stipulates compensation for 700 million euros in the event of its early termination. As a result, the no longer young footballer is forced to spend another season with Blaugrana.

For several days, when the further fate of Messi was unknown, many football fans worried and sympathized with the football player, while some even tried to make money on it.

Since soccer is one of the most popular sports, you should choose this as your favourite. So, stay tuned for sports news, go through a simple 1xBet registration process, choose the best events and place your bets. It is noteworthy that 1xBet, one of the most active players in the sports betting market, is a partner of FC Barcelona. The current contract is for five years.

Apparently, Barcelona fans will enjoy playing the outstanding footballer for at least one more season. However, there is every chance that Leo will decide to end his football career in some other TOP team.

Now, with a new coach and a new Barcelona having lost several of their star performers, he does not want to look far into the future, as it still seems vague.