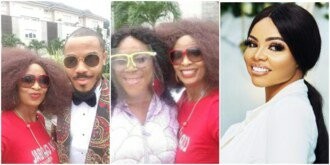 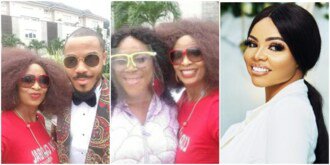 Former Big Brother Naija (BBNaija) housemates Ozo and Nengi were definitely a pair that gave fans of the show an interesting time even though their relationship never blossomed into a romantic one.

However, even though things have appeared shaky between the two in the past few days, it appears their family members have now stepped in to salvage the situation.

Just recently, Nengi’s aunty and Ozo’s mother were both at the venue of the BBNaija grand finale and they also made sure to spend time together.

A social media user on Twitter, @RoksieMarshall, who has been keen on giving updates about the two reality stars posted photos from the meet up on his Twitter page.

The two parents were seen side by side as they posed for the camera. One of the photos also captured Ozo striking a pose with Nengi’s aunt.

In a different post, Roksie claimed that Nengi’s aunt who flew in from Texas has been trying to speak with Ozo but couldn’t have an access to him du to the press rounds. 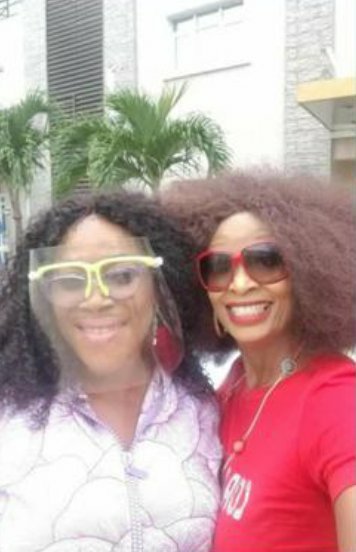 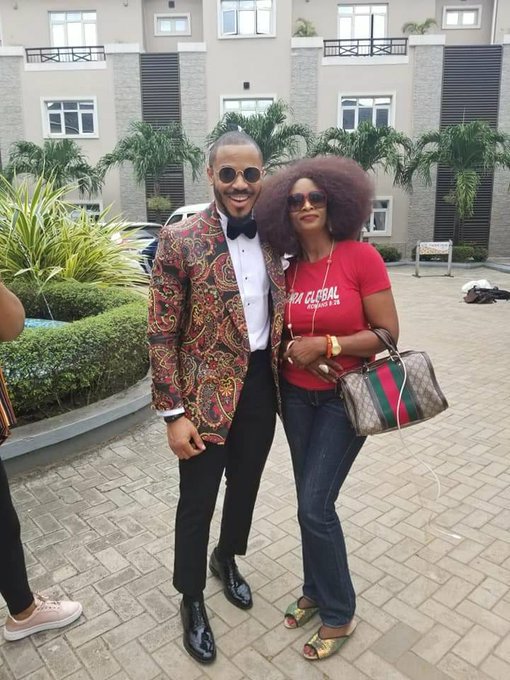 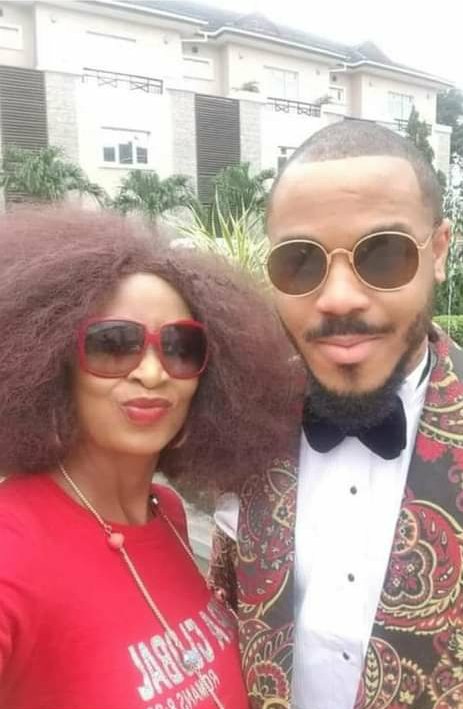 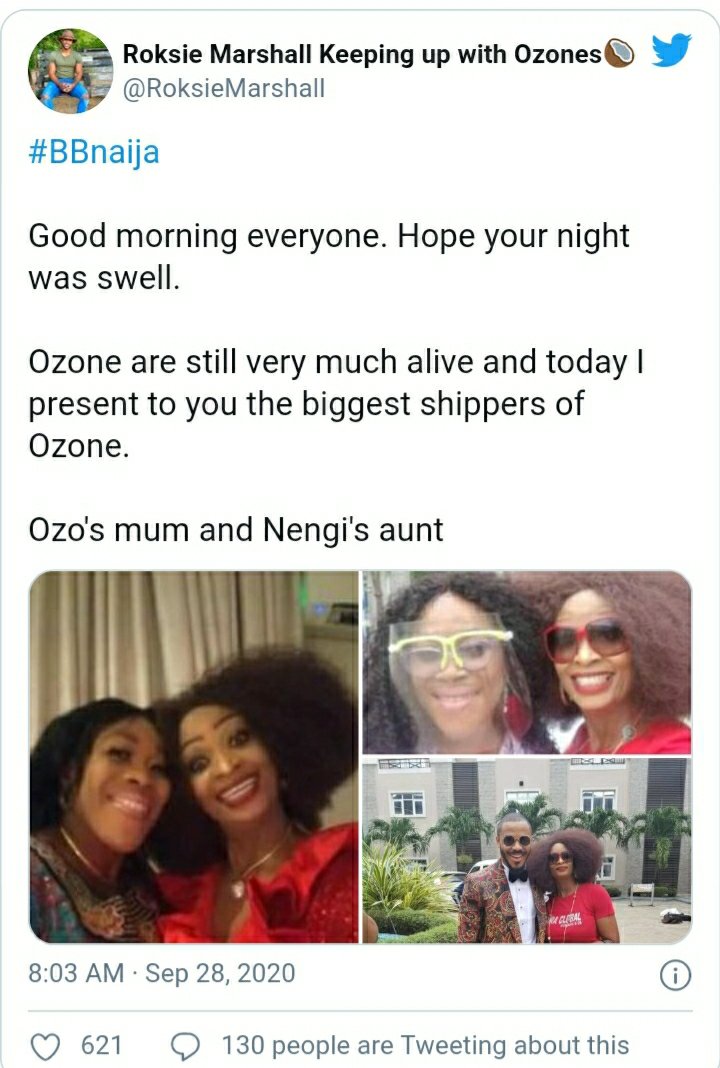 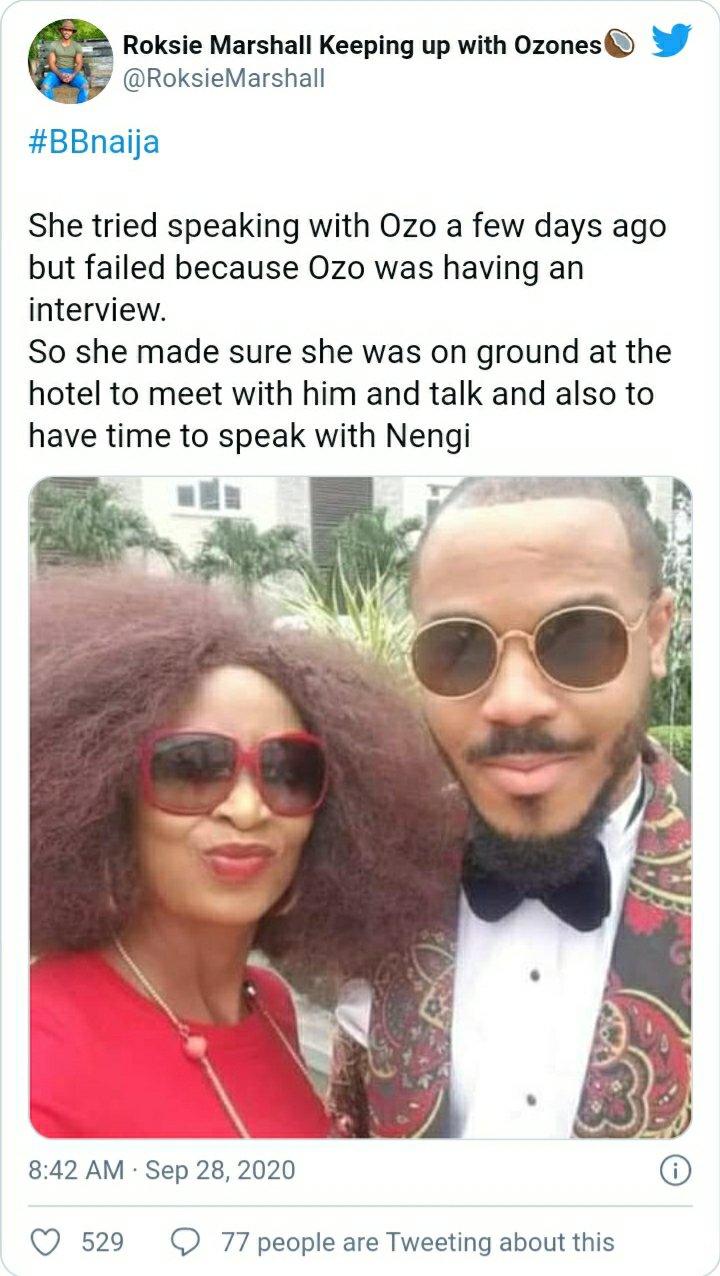 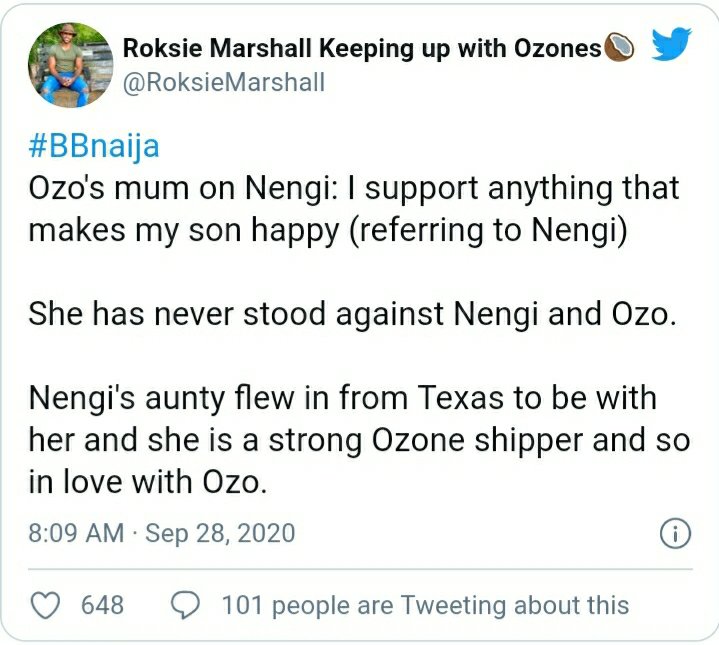 CHECK IT OUT:  Border Closure: Producers Of Alomo Bitters Cries Out As They Lose Millions Of Dollars