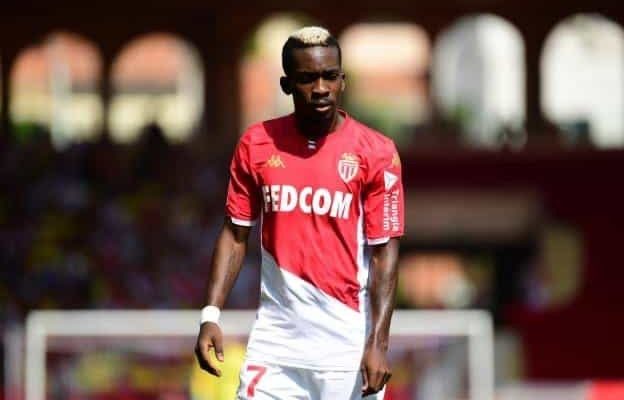 The Turkish giants continue to keep tabs on the Nigeria international as the transfer window draws to a close, but the Monaco manager is clear about his plans for the youngster

Monaco boss Niko Kovac has no plans to let Henry Onyekuru leave the French club this summer, insisting that the Nigerian winger is a crucial member of his squad and will get his chances during the campaign.

Onyekuru began the season on a positive note for the Monégasques, starting the first two league games against Reims and Metz.

The 23-year-old then came off the bench to assist the winning goal in the 2-1 defeat of Moses Simon’s Nantes.

But the former Eupen forward has managed just eight minutes of action since then and didn’t even make it off the bench as nine-man Monaco saw off Strasbourg last weekend.

There is a feeling that Onyekuru may be set for another bit-part role at Monaco, fuelling rumours that the Super Eagles star could push for a move back to Galatasaray, with the Turkish side still reportedly keen on taking the Nigerian on loan.

But Kovac, when asked if Onyekuru is no longer in the first-team picture, dispelled such reports while maintaining that the exciting winger will be given enough playing time during the campaign.

“For everyone on the bench, Onyekuru’s turn will also come,” the Monaco boss said, as per The Hurriyet.

“We are in a very long marathon. We have a young team, and we will consider everyone. There are at most 45 matches waiting for us.

CHECK IT OUT:  Burna Boy Replies Mum For Saying Remember, You Were Africans Before You Became Anything Else

“When you look back at the bench at the Strasbourg match, our oldest footballer on the sidelines was 25-year-old Gelson Martins. There will be time for everyone.”

Onyekuru could return to the starting eleven when Monaco make the trip to face Brest on Sunday.