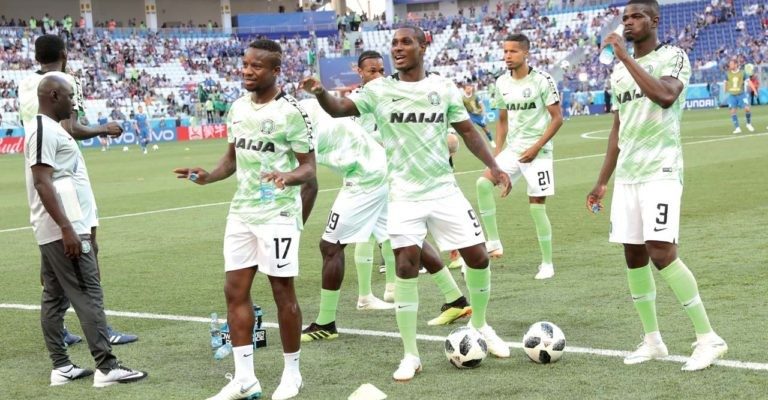 The Super Eagles were knocked out in the group stages, but the former Burkina Faso manager believes his side should’ve made it to the next round

Nigeria’s national team manager Gernot Rohr insists the three-time African Champions should have qualified for the knockout stages of the 2018 World Cup in Russia.

Nigeria was paired in a group that included Croatia, Iceland and perennial rivals Argentina. The Super Eagles began their campaign on a disappointing note, losing 2-0 to Croatia.

However, they bounced back in the second game with an Ahmed Musa brace helping Rohr’s men beat debutants, Iceland.

Following the win over Iceland, Nigeria went into their final game against Argentina- a side they’ve not beaten on the biggest stage in four attempts.

Lionel Messi put Argentina ahead, but Nigeria drew level through a Victor Moses penalty and were on course to qualify for the second round. However, Marcos Rojo popped up four minutes from time to send Argentina through at Nigeria’s expense.

Speaking on the events that happened in Russia, Rohr believes Nigeria deserved more from the performance they gave, but they were unlucky.

“Yes, we deserved to qualify. We played very well, particularly against Iceland, and we had a goalkeeper who was only 18,” Rohr told FIFA website.

“Against Argentina, we needed a few more minutes to hit back [after their late goal], and small details made the difference in the end. We almost got a second penalty, but VAR denied it.”

But despite the disappointment of going out in the group stage, Rohr insists it was a good tournament for the Super Eagles.

CHECK IT OUT:  Kogi West: What I Will Do If Inec Does Not Review Poll – Dino Melaye

“What we did in Russia was very encouraging nonetheless,” the former Bordeaux manager added.