Rohr Reveals Why Mikel, Moses And Ighalo Retired From The National Team - NaijaCover.Com
Skip to content 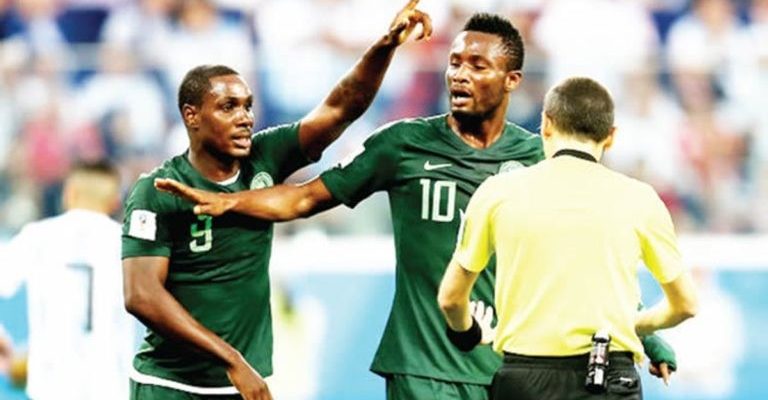 The three players were part of the Nigeria squad that played at the 2018 World Cup in Russia, but two years after, they are no longer with the team

Moses shocked Nigerians after the 2018 World Cup when he announced his retirement from the Nigeria national team at the age of 27.

Mikel and Ighalo meanwhile were still with the team after the World Cup. But the former U-20 stars called time on their international career following Nigeria’s third-place finish at the 2019 Africa Cup of Nations.

For many fans, their decision to retire was a shock, especially, Ighalo, who finished as the top scorer at the Afcon tournament in Egypt.

However, speaking in an interview on FIFA website, Rohr shed more light on the reason why his former players decided to quit the national team.

“We were sorry Moses retired. The same applies to Obi Mikel and Ighalo because they’re fantastic players,” Rohr said.

“They decided to retire for family reasons or to play in China and focus on their club careers, and we respected their decisions,” he added.

CHECK IT OUT:  Nigerians Reacts As Davido Takes His DMW Crew Shopping In Dubai