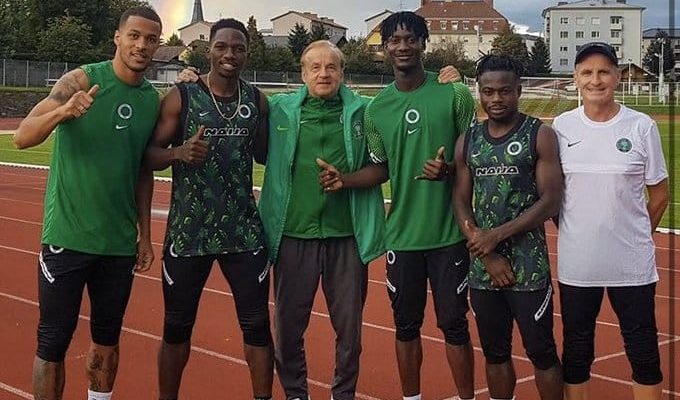 Super Eagles stars are arriving in numbers ahead of the international friendly games against Algeria on Friday and Tunisia four days later.

Alex Iwobi, Cyriel Dessers and Jamilu Collins are also part of the players that arrived on Monday. Meanwhile, Kevin Apoguma is also in camp even though he is not in the list of players invited for the two games.

The Hoffenheim centre-back recently switched international allegiance to Nigeria, and he’s in camp to get acquainted with his new teammates.

Nigeria will, however, be without the services of both Oghenekaro Etebo and Victor Osimhen. The kickoff time for the two games has been set for 9:30 pm Nigerian time. However, the games will be played without fans due to the Coronavirus.

CHECK IT OUT:  I Like All Men – Tekno’s Baby Mama Lola Rae