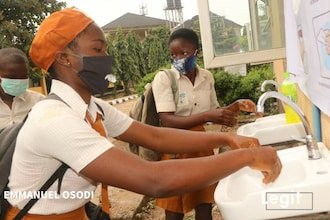 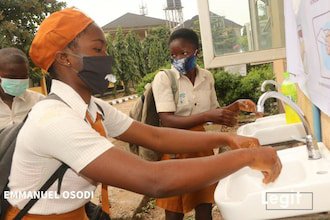 Following the full resumption of schools across the country, the federal government has deployed 60,000 Environmental Health Emergency Volunteer Corps (EHEVC) to cover all 774 local government areas of Nigeria.

Daily Nigerian reports that the minister of environment, Mohammad Abubakar, made this known while briefing journalists on the safe post-COVID-19 re-opening of schools on Monday, October 5, in Abuja.

It was gathered that Abubakar said that the EHEVC would cover all the primary and secondary schools in 774 local government areas in the country.

The minister said that the federal government, through the PTF on COVID 19, decided to re-open schools, which have remained closed since February to contain the spread of the disease in the country.

He said the re-opening of schools is to be done in strict compliance with the directives of the PTF.

“It will be based on the guidelines for the safe re-opening of schools issued by the Federal Government under the PTF, being a major COVID – 19 containment protocol.
He said that the ministry, with the federal ministry of education, has been collaborating to put in place necessary safeguards for the safe operation of the learning environment.

“The EHEVC will be utilising as was done previously, based on the outcome of their performance in the examination centres’ surveillance.
‘’The 60,000 EHEVC will be working with other stakeholders at the sub-national levels in accordance with the guidelines for the safe re-opening of schools.

CHECK IT OUT:  Court Orders Arrest Of Pinnick, Other NFF Officials Over Fraud Allegations

He said that the club should essentially be run by selected learners as it would help to implement directives of the teachers – driven schools hygiene committees.

The minister also advised school managers to introduce WASH prefectships to ensure proper compliance and the daily guidance of learners.