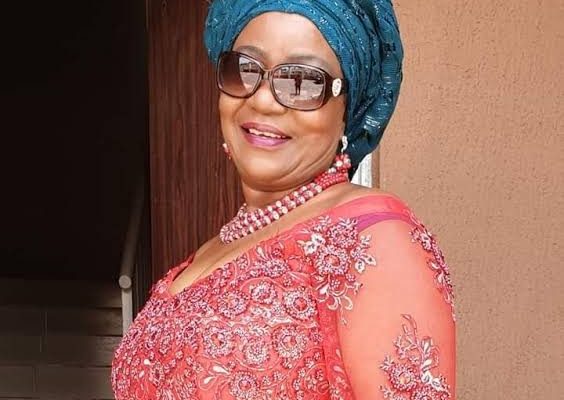 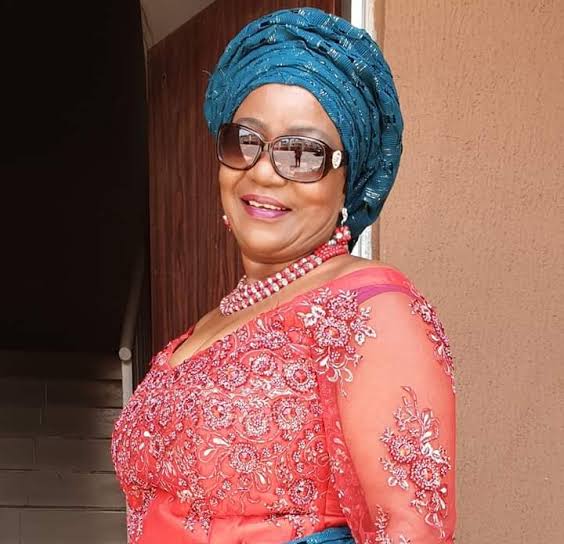 An aide to President Muhammadu Buhari on Social Media, Lauretta Onochie, reacting to the renewed campaign, said the campaign is “coordinated attack by cyber criminals” who are joined by unsuspecting citizens.

She said that this not the first time such attack is being launched on government institution, calling on Nigerians to stand by institutions while working on its effectiveness.

“I have no doubt that there are some staff of SARS who are unprofessional in their dealings with the public, same way we have unprofessionalism in the Army, Mainstream Police, Customs, Civil Service, Public Service, traders, lawyers, doctors, journalists, teachers, pastors etc.

” But what is going on now, is a COORDINATED ATTACK BY CYBER CRIMINALS joined by UNSUSPECTING INNOCENT CITIZENS.

“This not the first time. We must stand by our national institutions while working to improve their effectiveness. That’s what patriotism is about. NO SENTIMENTS.” She said 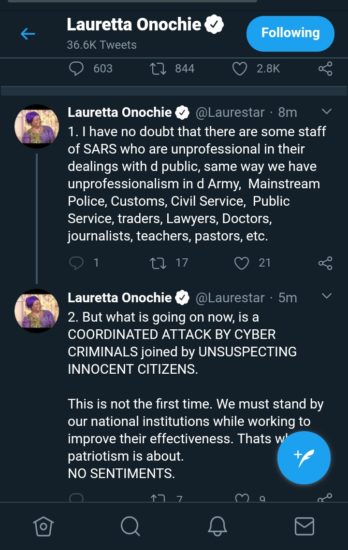 The post #EndSARS Campaign Is A Coordinated Attack By Cyber Criminals – Lauretta Onochie appeared first on .