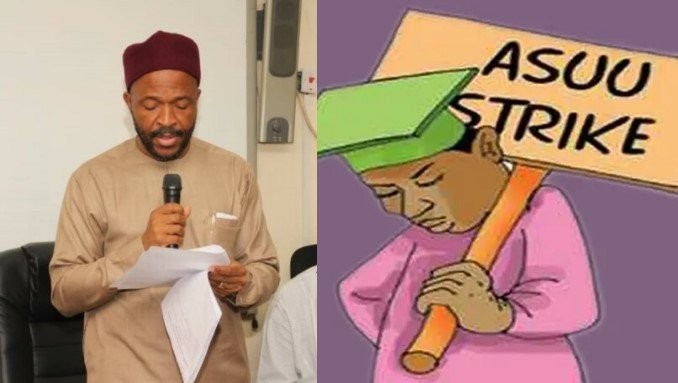 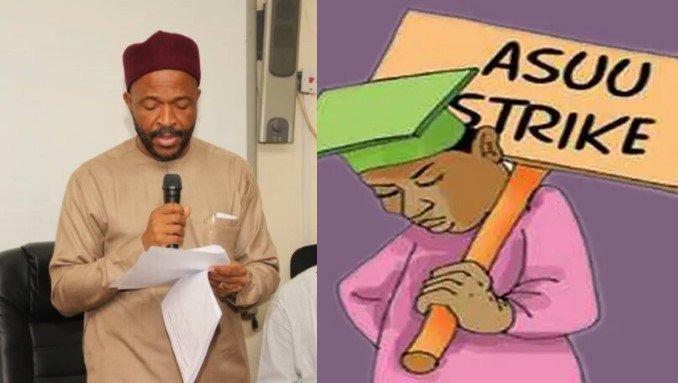 The Minister of State for Education, Chukwuemeka Nwajuiba has been asked to resign and go into farming by the Academic Staff Union of Universities, following his criticism of the union.

Recall that ASUU had on March 23 begun an indefinite strike to force the Federal Government to implement its agreements with the lecturers and protest against the IPPIS. On Monday October 5, the Union said its members would not call off their strike despite the directive of the Federal Government that all educational institutions should resume on Monday next week.

However in an interview on same Monday, the Minister told the striking lecturers to consider farming as they cannot dictate how they should be paid to their employers.

“Government is actually not holding anyone to ransom. It says ‘this is how I want to pay and it has to be through IPPIS (Integrated Payroll and Personnel Information System)’ You can leave the employment. You can opt out of it and say ‘I no longer want to teach’. You can find other professions. What we need now are probably more farmers.

Hitting back at the Minister, Chairman of ASUU, University of Ibadan chapter, Prof Ayo Akinwole said Nwajuiba’s statement is a reflection of his “shallow understanding of the academic profession” and the low premium the government the Minister is serving places on education.

CHECK IT OUT:  [Lyrics] Simi – Selense

Akinwole who stressed that the scarcity of farmers is a reflection of the failure of government to make farming secure for legitimate farmers, added that they have decided to continue to fighting “parasites” like Nwajiuba who preside over a Ministry where no Nigerian university is ranked among the first 100 in the world.

“If the Minister of State for Education is interested in farming, he should resign his appointment and stop displaying his cluelessness of the problems in the education sector.

“We are on a just fight to ensure that those in public offices become responsive and responsible to the masses they swore to serve. They must fund public education. We have been on the same salary since 2009. That is no longer sustainable.

“The universities are being run with personal sweat of lecturers while politicians siphon money for personal aggrandizement. We cannot accept the IPPIS that is against the laws of the land and which fails to recognise the uniqueness of academic profession and culture.

“We have brought an alternative using our members’ money. People like this minister of state mirror the disdain of ruling class for the workers and people of the country.”

The post ASUU tells Education Minister to Resign and go into farming appeared first on .