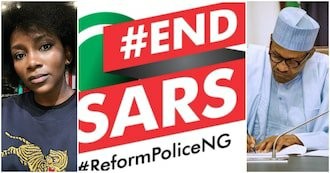 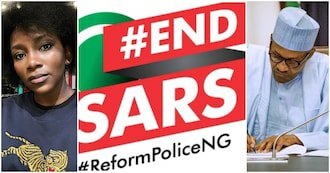 Nollywood actress Genevieve Nnaji has taken her cry for the disbandment of the Special Anti-Robbery Squad (SARS) a step further by penning an open letter to the president of the county, Muhammadu Buhari.

The celebrated actress in the letter which was made available across her social media platforms started off by recounting the experience of her 13-year-old niece who was slapped across the face simply because she challenged a SARS official for seizing her laptop.

Nnaji went on to note that the present state of the nation is simply a reflection of the kind of leadership at the moment.

What our country is today is a reflection of your leadership. Your legacy.”
The award-winning actress while admitting herself as one of the privileged few noted that she is indeed tired of being optimistic about change in the country.

Nnaji called on Buhari to lead the nation and speak up as his ‘house’ is not in order.

“I urge you to speak to us because we are not mind readers. Your house is not in order and way from stable. The people aren’t being empowered, neither are they being protected. Industries such as Entertainment and Technology are currently boosting our economy and empowering the youth are being frustrated. All under your regime.”
Speaking further, the actress stated that not all citizens of the country are criminals and should not be treated as such adding that the bad eggs in the police force have overshadowed the good ones. 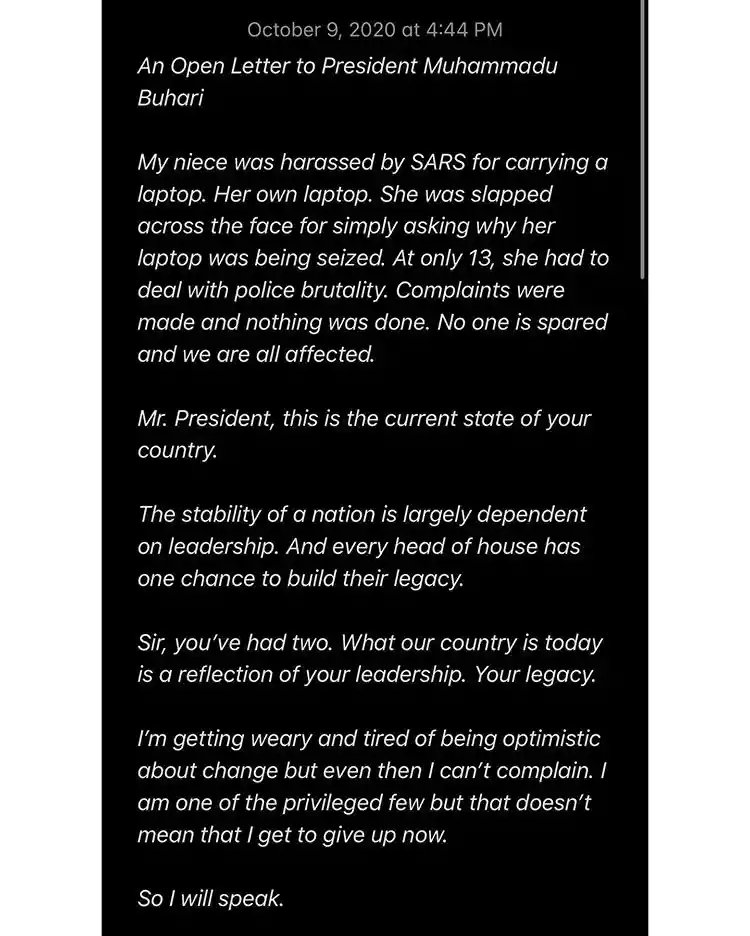 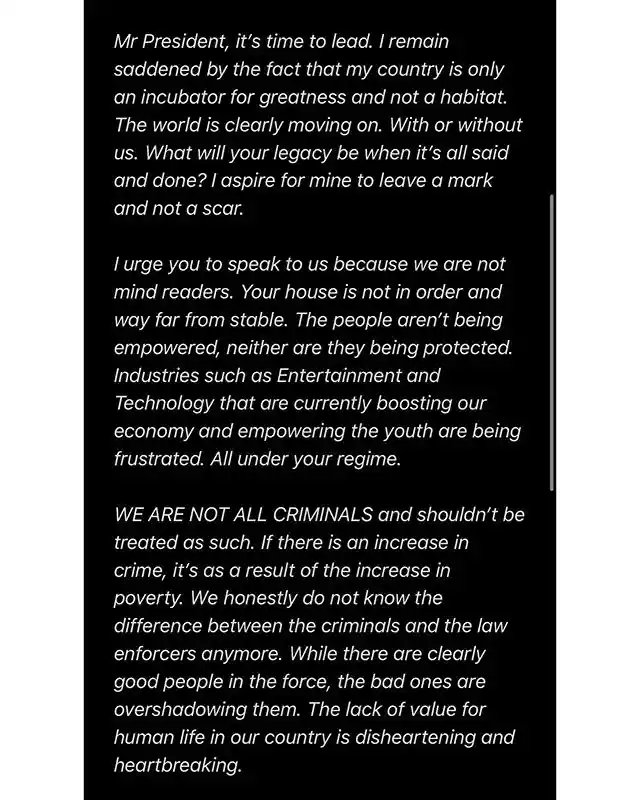 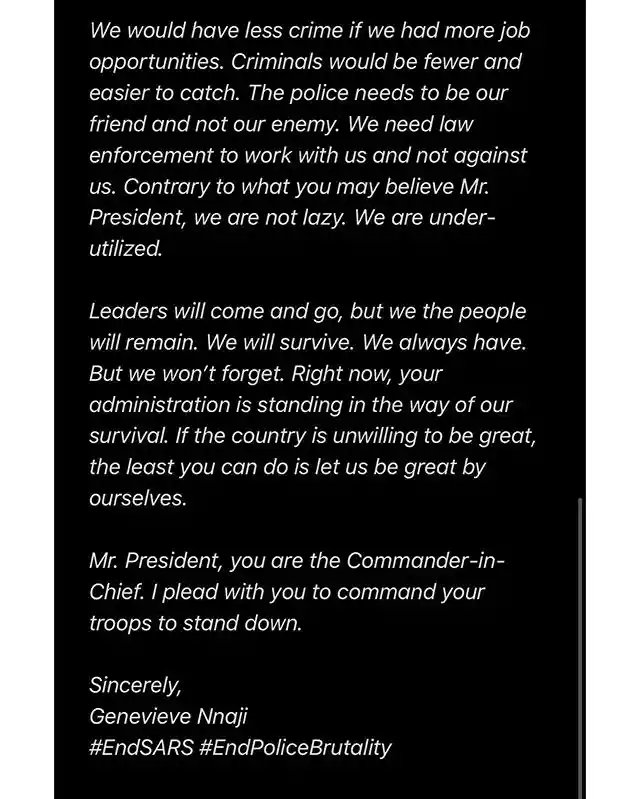 CHECK IT OUT:  Okorocha In A Real Thug Of War With Oshiomhole For This Shocking Thing