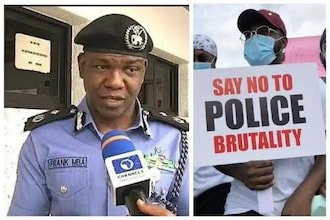 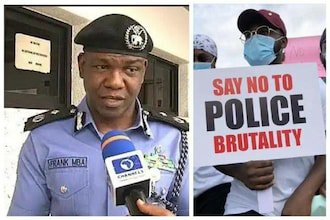 As Nigerians take to the street, calling for an end to the notorious special anti-robbery squad (SARS), Frank Mba, the spokesman of the Nigeria police force, says it will be difficult to scrap the unit.

According to him, some SARS operatives are involved in the fight against insurgency and banditry in the north.

He disclosed this when he appeared on a Channels TV programme on Friday, October 9.

He also faulted some of the protesters. He argued that they are beneficiaries of crime, The Cable reports.

“If the #EndSARS hashtag is seen as a symbolic call for the reform of SARS, I would say clearly that the leadership of the NPF is in line and ready to work with those making that call,” he said.

“However, if the hashtag should be seen as a call for the total disbandment of SARS, I would tell you very clearly that it will be difficult for any responsible organisation to work that path, taking into cognisance the amount of investment in training that government has made in setting up that department and the very critical roles it is playing.”

CHECK IT OUT:  Osimhen Has The ‘Head Of A 40-year-old’ – Gattuso Reacts To Nigerian Youngster’s Serie A Debut