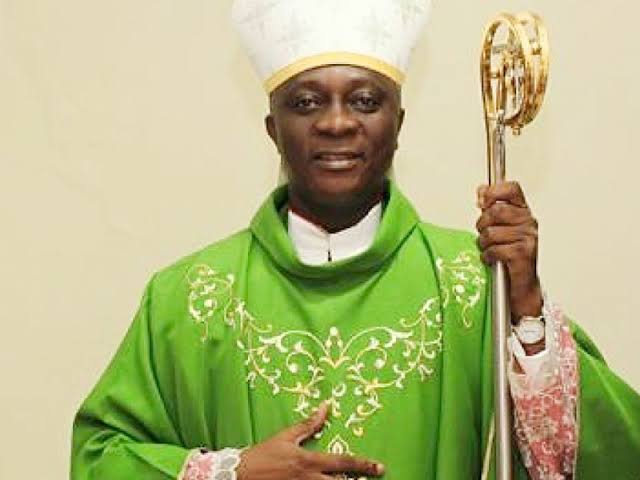 The Catholic Archbishop of Lagos, Most Rev. Alfred Adewale Martins has called upon the Police authorities to listen to the legitimate public outcry against the excesses of the officers of the Special Anti-Robbery Squad, SARS.  He said that while the intention for setting up the special police outfit to curb incidents of armed robbery and other similar crimes was noble, the personnel have resorted to molesting the very people they are meant to protect.

According to the prelate, the recent increase in allegations of police brutality, particularly SARS operatives, against Nigerians, mostly youths across the country was not only a breach of professional conduct but also showed wickedness and lack of respect for the citizens for whose welfare they were set up.

He therefore expressed his support for the ongoing protests demanding an end to SARS as presently constituted and the emergence of a better constituted unit that is well-monitored and accountable for its actions. The officers in charge of such units must be specially trained, well-funded and equipped for such purpose. SARS at present has compromised the purpose of its existence.

In a release signed by the Director of Social Communications, Rev. Fr. Anthony Godonu, Archbishop Martins reiterated the need for a total overhaul of the present structure of Police Force in the country and the reorientation of the personnel to make them more efficient and accountable for their actions.

He also advised that the process of recruiting officers and men of the Force should be re-evaluated to attract more graduates of sound mind and body who must be exposed to international standards of training. He emphasised the need for adequate funding of police operations and an enhanced remuneration package for all policemen across board.

Hear him: “In recent times, we have received several reports and seen many online videos alleging that some personnel of the Nigerian Police Force, especially SARS operatives, have been involved in various acts of brutality and extortion against innocent citizens of this great country. It is sad that a good fraction of the very persons who are constitutionally empowered to provide security and ensure peace and order have now turned against the very people they are meant to protect. We have also received reports of how some SARS officials are accused of executing victims in extrajudicial manner. To say the least, this is incredibly sad and troubling. The only way of assuaging the anger in the land now is to ensure that the guilty ones are brought to face the law and justice seen to have been done. Such heinous crimes must not be condoned or allowed to continue.

Unfortunately, we have been witnesses to the seeming inability of our police authorities to put an end to this outright siege on hapless Nigerians. We understand that there have been no less than four attempts by the topmost hierarchy of the Nigerian Police to call these special units to order without success.

One wonders why this is the case. Inability to bring them under control give room for people to insinuate that the top echelons are themselves compromised. It would be sad if this is found to be true.

We call on President Muhammadu Buhari to prevail on the Police Service Commission and the Inspector General of Police to commence a thorough and realistic review of the entire structure of the Police Force in order to restore its integrity. It would not be fair to the hardworking and thoroughbred professionals among the officers whose integrity have been put on the line unless a permanent halt is brought to the rot that has been festering in the system over the years.

CHECK IT OUT:  Speed Darlington Advises Fans With Body Odour On What To Do (Video)

While affirming the right of Nigerians to peacefully protest against the excesses they experience, calling for an end to the brutality associated with officials of SARS and other arms of the law enforcement agencies, the Archbishop warned that failure of the leadership of the country to take appropriate action this time, is bound to exacerbate the worsening state of insecurity across the country.

The post Catholic Archbishop Of Lagos Speaks On #EndSARS appeared first on .