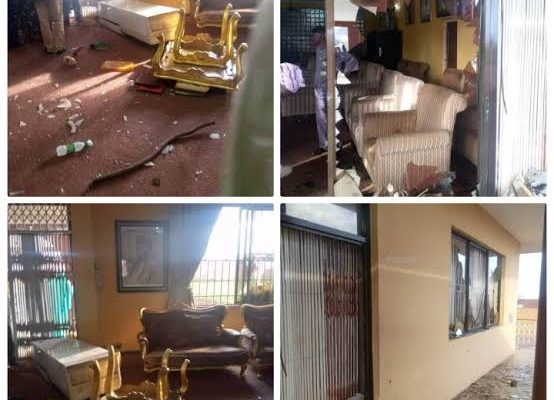 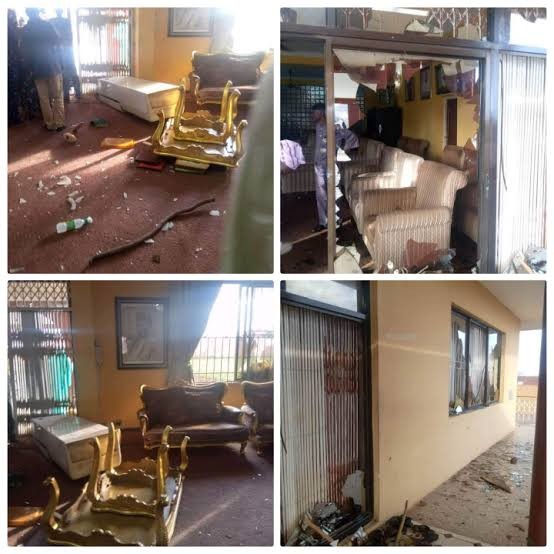 Three people have been allegedly killed during a violent attack on the palace of Soun of Ogbomoso, Oba Jimoh Oyewumi Ajagungbade, by some angry youths on Sunday.

The attack was said to have been carried out on the palace of the king by the youths as a result of the attitude of the monarch to the death of one Isiaka Jimoh who was shot dead during the EndSARS protest that took place in the town.

According to information gathered, the youths gained entry into the reception room of the king and vandalized all things they saw in the room.

The youths in their thousands also pelted the bedroom of the monarch with stones breaking the window glasses.

To check further attack on the palace, three of the protesters were reportedly shot dead in the process while others sustained injuries.

An indigene of the town told Vanguard that the youths alleged that the attitude of the king towards the killing of the man prompted the attack.

Several efforts made to get the reaction of the Oyo State Police Command were unsuccessful as the Public Relations Officer, SP Gbenga Fadeyi could not be reached on phone.

CHECK IT OUT:  GRAPHIC CONTENT! Leopard Eats Up A Man Completely While Taking Selfie In The Forest (VIDEO)