11-Year-Old Boy Steals School Bus, Crashes It During Chase By Police In US (Photos)
Skip to content 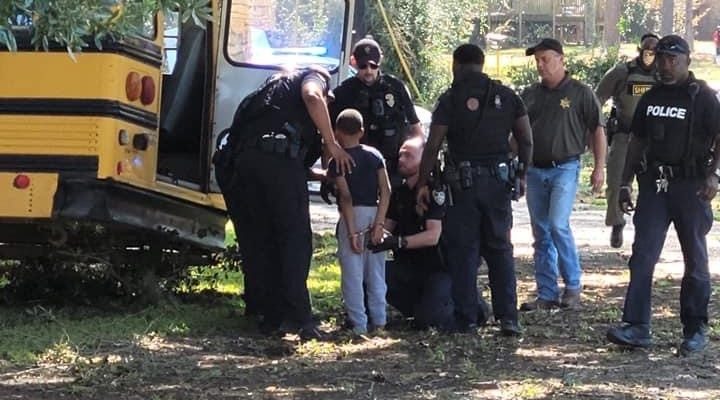 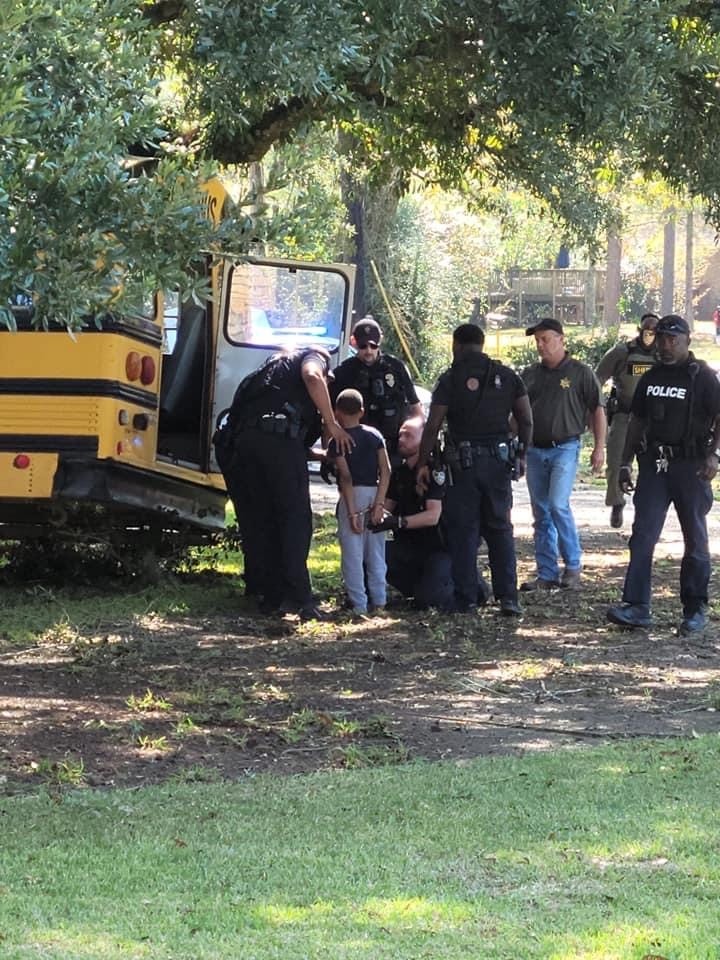 The Baton Rouge Police Department responded to reports of a stolen school bus being driven by a juvenile.

The 11-year-old allegedly took the bus from Progress Head Start where he got in the bus and figured out how to start it. BRPD says they believe it is a push to start.

The juvenile was handcuffed after being taken off the bus. BRPD states the bus was stopped around 1700 Greenwell Springs Road.

BRPD has charged the 11-year-old juvenile with theft of a motor vehicle, aggravated flight, three counts of aggravated damage to property, and aggravated assault.

Dozens of police officers were in pursuit of a stolen school bus that is believed to have been a juvenile driving it.

One witness said the bus and the line of pursuing police cars passed him along Government Street in Baton Rouge Sunday morning.

A BRPD spokesman said the chase began around 10:45 a.m. and has crossed multiple portions of the city Scenic Highway, Airline Highway and Greenwell Springs Road.
Officials state they are unsure where the child got the bus.