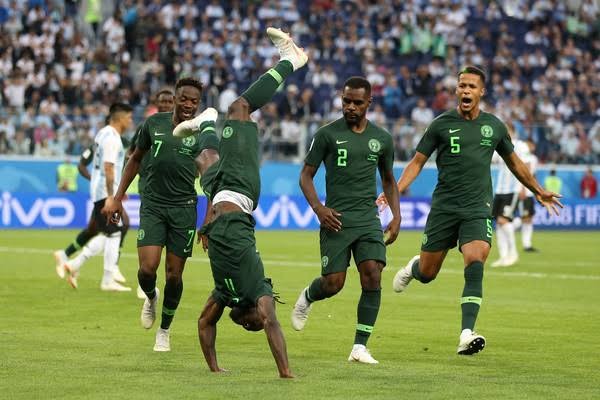 Victor Moses’ second-half introduction inspired Spartak Moscow to an excellent 3-2 win at Khimki on a day Nigeria international defender Bryan Idowu got his first-ever goal for the struggling hosts.

The on-loan Chelsea winger, who only joined the Russian giants a couple of days ago, was sent on to the pitch in the 55th-minute with his side trailing 1-0 to a Mirzov effort.

And 22 minutes later, Spartak Moscow were 3-1 up thanks to goals from Kokorin, Ponce, and Larsson, as coach Domenico Tedesco’s men continued their excellent start to the season.

But Super Eagles defender Bryan Idowu’s 85th-minute goal, his first in the colours of Khimki since he joined on loan from Lokomotiv Moscow in August, sparked a tense few minutes in the closing stages.

But Spartak held on to claim their seventh win of the campaign and climb to second on the Russian Premier League table, level on points with leaders Zenit.

Khimki defender Idowu was a member of Nigeria’s squad to the 2018 FIFA World Cup in Russia, but he has not been invited to the Super Eagles since the 2-2 draw in a friendly with Ukraine last year.

2013 Afcon-winning star Moses retired from the Nigerian national team after the Gernot Rohr-led side crashed out of Russia 2018 in the group stages.