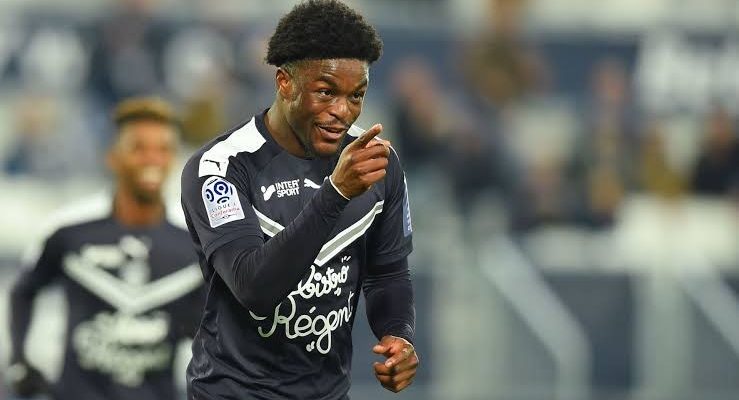 Several Nigerian footballers were in action and delivered pleasing performances for their respective clubs in league and cup competitions across Europe, Soccernet.ng reports.

In Austria, veteran striker Chinedu Ogbuke Obasi netted a brace to lift Rheindorf Altach to a 7-0 win over lowly Seekirchen at the CASHPOINT Arena in Altach on Saturday.

The former Schalke 04 ace entered the fray in the 66th-minute with the scoreline stuck at 3-0 and grabbed the game’s fourth goal four minutes later.

The 34-year-old later smashed home the game’s last goal in the closing stages.

Since joining Altach in September, Ogbuke has scored three goals in two cup games for the club, but he is yet to find the back of the net in three league games.

While Napoli’s Victor Osimhen and Crotone’s Simy Nwankwo were banging the goals in Italy’s Serie A on Saturday, Lorient’s Terem Moffi and Josh Maja were equally doing Nigeria proud in the French Ligue 1.

Moffi scored his first goal in Lorient’s colours against Reims.

Josh Maja also got his name on the scorer’s sheet, but it was not enough to help Girondins Bordeaux avoid a 3-1 defeat at high-flying Olympique Marseille.

It was the 21-year-old’s second goal of the campaign.

In the Ligue 2, youngster Stephen Odey finally kicked off his French adventure with the winning goal as Amiens ran out 1-0 winners over Grenoble Foot 38 at the Stade Crédit Agricole de la Licorne.

It was the 22-year-old forward’s first goal since joining on loan from Belgium’s Genk last month.

CHECK IT OUT:  WELCOME BACK! Norwich Promoted To The Premier League

In Armenia, the Nigerian duo of Yusuf Otubanjo and Ugochukwu Louis Ogana grabbed a brace each as Ararat-Armenia handed down a 7-0 thrashing to Shirak at the Yerevan Football Academy Stadium on Saturday.

Still, the home side equalized through a penalty kick in the closing stages to earn a share of the points.