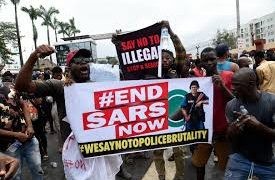 Posted By Udokabestluv On October 20th, 2020

I have directed that all schools that resumed on Monday 19th October 2020 are closed for the meantime from tomorrow 21st October 2020 because of the engulfing nationwide protest and the need to ensure safety of our students and staff.

Parents and the public are to note this directive and all schools are to comply.

Any inconvenience is regretted, while the State Government would ensure resumption of our schools as soon as possible.

Governor Seyi Makinde of Oyo State, on Tuesday, ordered the closure of all schools in the state, till the end of the week.

As contained in a statewide broadcast, Makinde said the directive stemmed from the fact that thugs and hoodlums had taken advantage of #EndSARS protests to perpetrate uncivil acts and harass citizens who are going about their day-to-day activities.

In the meantime, Makinde said members of the state Joint Security Task Force, known as Operation Burst, had been deployed to various hotspots in Ibadan to arrest the situation and restore normalcy.

The Ekiti Government has ordered the immediate closure of all private and public schools following continued End SARS protests across the state.

The State Commissioner for Education, Science and Technology, Dr Kofoworola Aderiye, disclosed this in a statement issued on Tuesday in Ado-Ekiti by Abimbola Dada, the Chief Information Officer in the ministry.

He said that the decision to close schools was a proactive step to safeguard the lives of pupils, students, teachers and other staff in the schools.

CHECK IT OUT:  Man Arrested, Tortured & Framed Up After Catching Police Officer In Bed With His Wife

”It is also to accommodate difficulty being encountered by those finding it difficult to get to their respective schools,“ he said.
Aderiye also said that school activities would resume on Oct. 26.