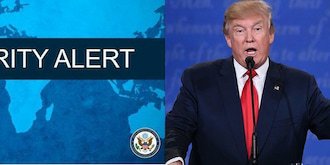 The government of the United States has warned its nationals in Nigeria to stay off areas of protests amid heightened tension generated by the ongoing EndSARS demonstrations.

This warning was given in a statement issued on Tuesday, October 20, following reports of violence and alleged shooting of the protesters.

US government noted the protest, which started as peaceful, has been hijacked as some places including police stations are now being targeted by suspected hoodlums.

It urged its citizens to “be vigilant and avoid areas affected by the protests” in the Federal Capital Territory (FCT) and Lagos state.

The US government also said it has closed its consulate general in Lagos for the rest of Tuesday and Wednesday, October 21. 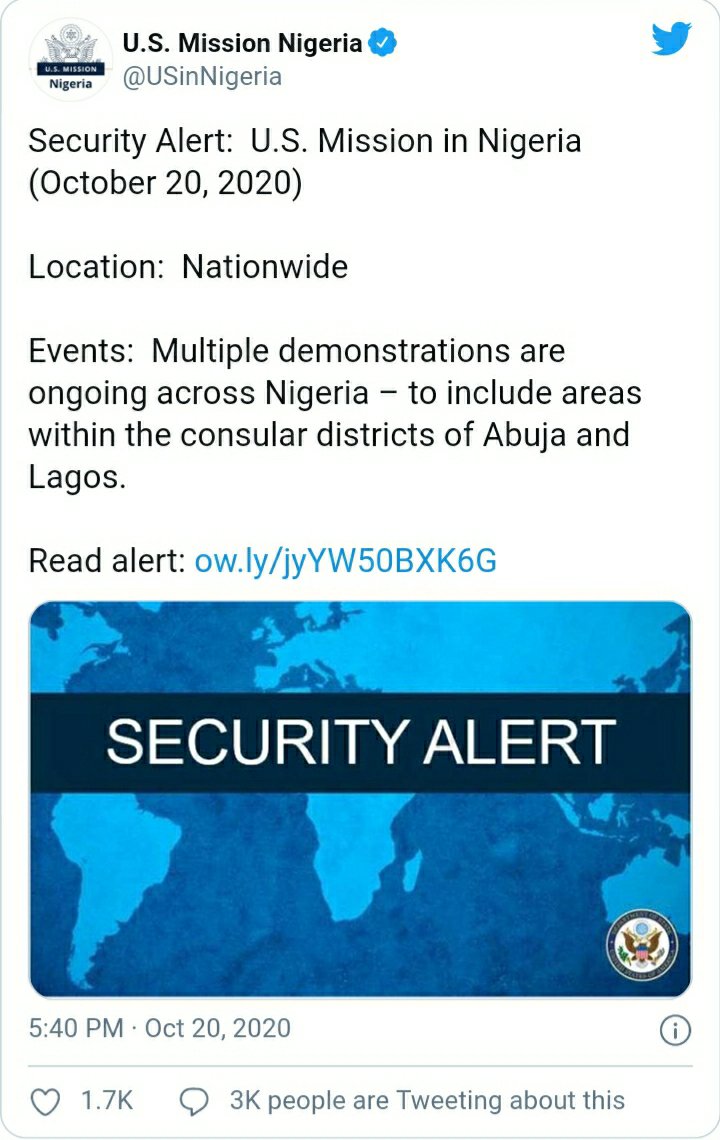 The post US warns its nationals to stay off violent areas, closes consulate in Nigeria appeared first on .

CHECK IT OUT:  So Sad! See How This Dead Corper Was Transported By Other Corp Members (Photos)