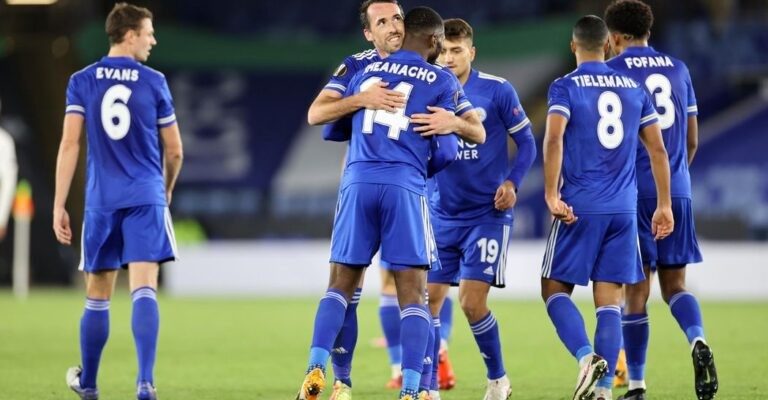 Kelechi Iheanacho was the star as Leicester City beat Zorya Luhansk 3-0 in their Europa League opener at the King Power Stadium on Thursday night.

Iheanacho set up two goals and scored one to help Brendan Rodgers side go top of Group G. In doing so, the Super Eagles star became the first Nigerian player to record two assists in a single game in the Europa League.

The Foxes went into the game following a 1-0 loss to Aston Villa, but it only took them 29 minutes to get going on Thursday night.

Brendan Rodgers side took the lead through James Maddison, who finished off a ball from Iheanacho. Leicester then doubled their lead on the stroke of time through Harvey Barnes with Iheanacho providing the assist once again.

The Nigerian capped his performance with Leicester’s third in the 67th minute of the encounter. The win put Leicester City ahead of SC Braga on goal difference in Group G.

Next up for Brendan Rodgers side is a Premier League clash against Arsenal on Sunday before travelling to Greece capital next Thursday to take on AEK Athens in their second group game.

CHECK IT OUT:  Smart Adeyemi Is Still My Political Wife – Dino Melaye