If there were no deaths at the Lekki Toll gate, then enough with the sensationalization – Omotola Jalade-Ekeinde - NaijaCover.Com
Skip to content 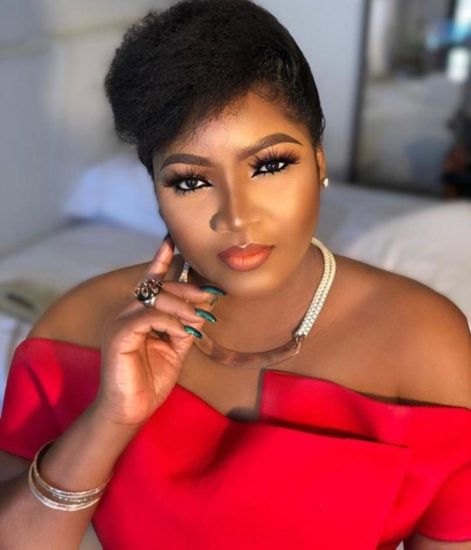 Veteran Nollywood actress, Omotola Jalade-Ekeinde has asked that the family members of those who reportedly died in the Lekki tollgate incident to come forward.

In a post she shared on via her Twitter handle, the actress appealed that if there were no deaths, people should stop with the sensationalization.

While the state government says one person died as a result of the gunfire incident, eyewitnesses insist that there are more people who died during the attack.

Omotola who participated in the end SARS protests, wrote;

“If People died during the Lekki Toll Assault , let their people speak out please and if there were No deaths then enough with the sensationalization because it does not remove from the Crime that happened. PEACEFUL PROTESTERS WERE ATTACKED. WHY? BY WHOM ! #EndImpunityinNigeria” 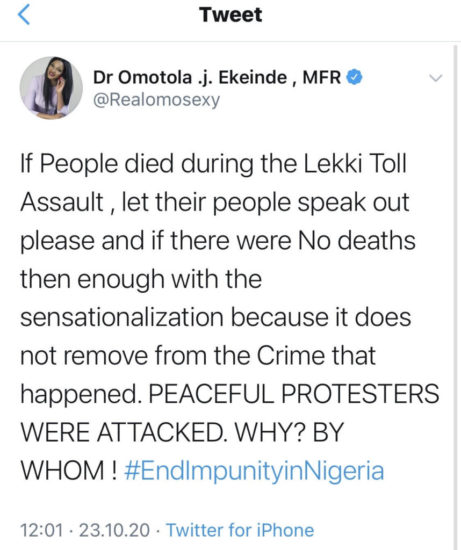 The post If there were no deaths at the Lekki Toll gate, then enough with the sensationalization – Omotola Jalade-Ekeinde appeared first on .

CHECK IT OUT:  Olu Maintain Responds To Eldee After Yesterday’s Outrage