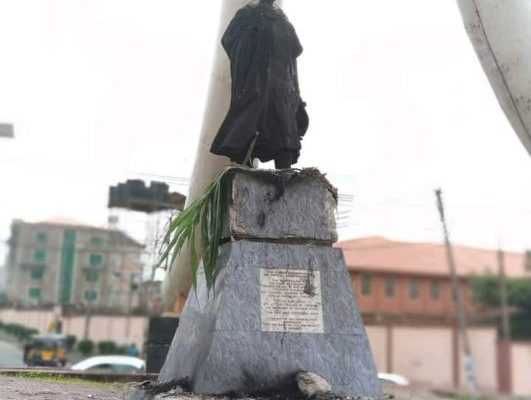 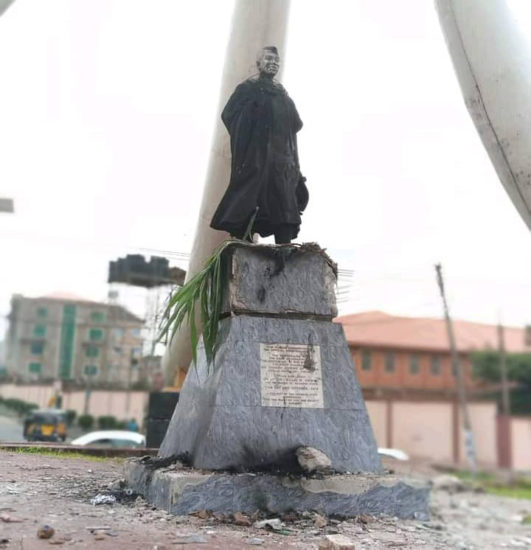 A mob in Anambra state has set the statue of the pioneer President of Nigeria, the late Dr Nnamdi Azikiwe, on fire in Onitsha.

The statue was at Denis Memorial Grammar School Roundabout, Awka Avenue, Onitsha, known as Zik Roundabout. While the mob were on a rampage, they doused the statue with petrol before setting it on fire.

As they burnt the stature, the mob were shouting “You put us in this mess by championing one Nigeria,” “You are the cause of our trouble,” amongst other uncomplimentary remarks.

In several parts of the country, hoodlums hijacked the #EndSARS protest, causing wanton destruction of lives and properties and forcing different state government’s to impose curfew.

CHECK IT OUT:  “What Would Happen If I Had Died” – Osinbajo Reveals