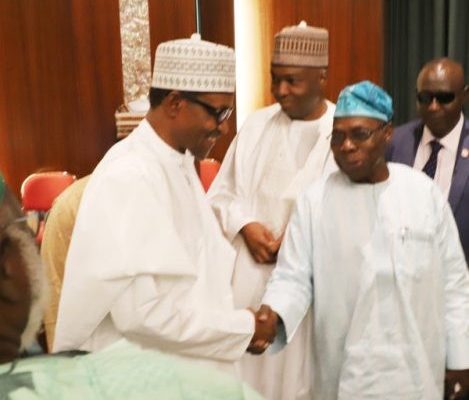 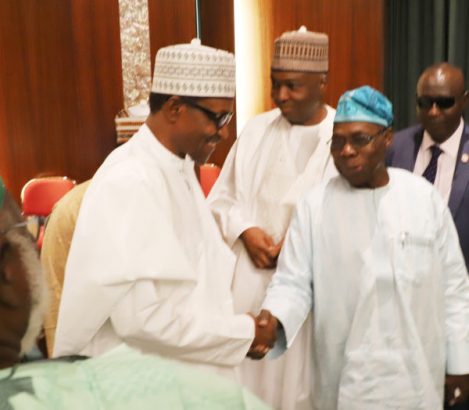 Former Minister of Aviation, Femi Fani-Kayode has commended ex-President, Olusegun Obasanjo for telling President Muhammadu Buhari the truth during a meeting on Friday.

Giving details in a tweet on Saturday, Fani-Kayode accused Buhari of telling former leaders that #End SARS protesters were turning violent across the country: 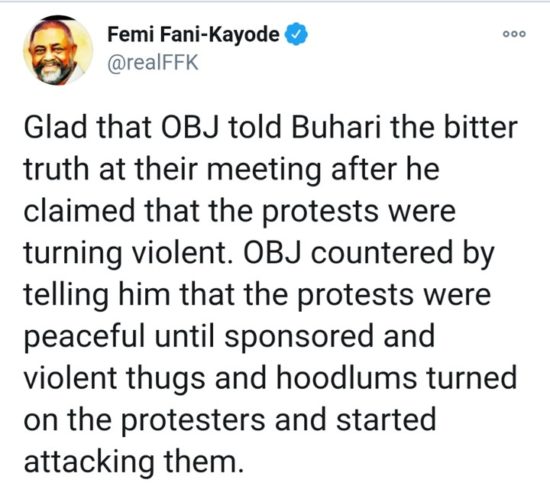 CHECK IT OUT:  See What Emir Sanusi Is Saying About Nigeria & Kano Elections