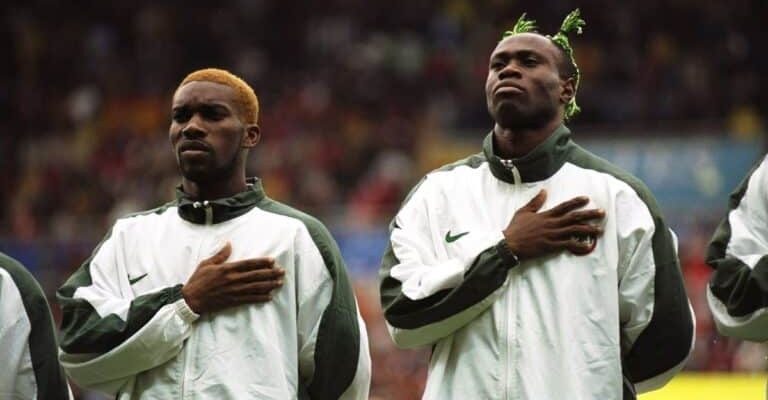 The last two weeks witnessed a nationwide protest against police brutality in Nigeria, and a former Nigerian international wants to lead a similar movement against Nigerian football officials

Ex-Super Eagles star, Taribo West, has revealed he is ready to lead a protest against Nigerian football authorities, saying it’s time for people with integrity to take charge of Nigeria’s football.

Taribo’s comments come after two weeks of #EndSars protest, which is a movement against police brutality and calls for reforms in the police sector.

The former Inter Milan defender believes such reforms should affect the Nigeria Football Federation, and he’s ready to lead a protest to see that happen.

The ex-footballer turned pastor believes corrupt officials run Nigeria’s football and he’s going to ensure such people are booted out.

“We are going to protest against those that have hijacked our football system,” Taribo told the Punch.

“Everything happening #EndSARS in the Nigerian system must also affect the football house. ‘People with integrity must run the football house because money that has been siphoned, embezzled & mismanaged can’t be quantified.

“Work of God is in my spirit, but football is in my blood. I’ll lead a protest against the mismanagement of funds in Nigerian football, the Atlanta Olympic gold medalist added.”

Taribo earned 42 caps for Nigeria’s Super Eagles before retiring in 2005.

CHECK IT OUT:  “Beaty, agelessness and more” – Genevieve Nnaji has so much to show in stunning new photos