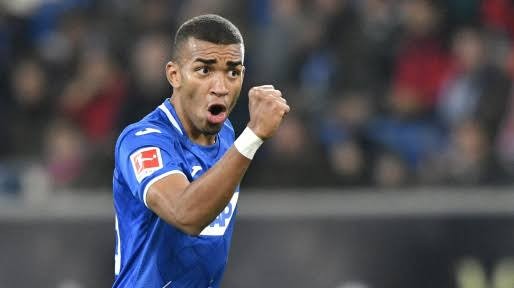 Hoffenheim travel to Belgium to trade tackles with Gent in a Europa League matchday two clash, and new Super Eagles star Kevin Akpoguma wants the Bundesliga side to aim for all the three points at stake.

Hoffenheim made a bright start to their European campaign with a straightforward 2-0 defeat of Crevena Zvezda on matchday one last week, courtesy of goals second-half from Christoph Baumgartner and Munas Dabour.

Akpoguma, who recently made his Super Eagles debut against Desert Foxes of Algeria, was in full action for the German side in that opening day win and is likely to continue his fine form against Gent.

Gent, on the other hand, suffered a lone goal defeat to Czech Republic side Slovan Liberec on the same day and will be keen to get their campaign back on track with a win.

But a 2-1 home defeat to Genk in the Belgian Pro League on Monday night is Gent’s third consecutive loss in all competitions.

And Akpoguma is optimistic that his German side can make it four defeats in a row for Gent.

“I think the team will play forward and try to make the game offensive. That will suit us. We just have to take care of ourselves and get through our game.

“When we reach our limits, I am in good spirits that we can beat any team in this group.”

Hoffenheim have had a more stable start to the 2020-21 campaign than their opponents, taking seven points from their opening five Bundesliga games to sit in a mid-table position.