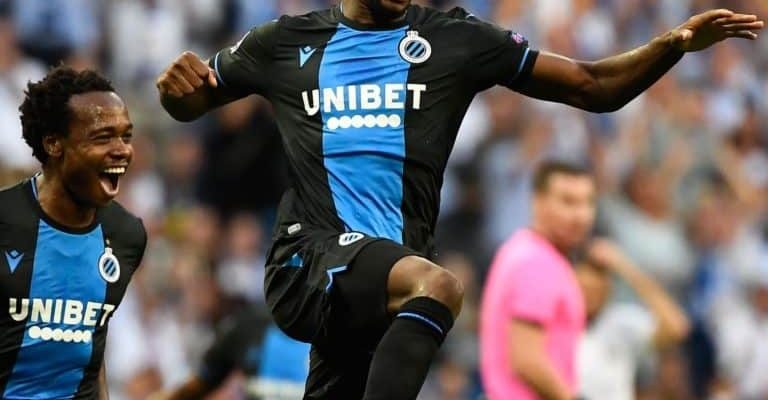 Following last night’s action, the final games of matchday two of the 2020/2021 UEFA Champions League campaign will be played with two Nigerians expected to be in action

Emmanuel Dennis and Odion Ighalo will hope to feature for their respective clubs in the champions league tonight.

Dennis was on target for Club Brugge in the opening day win over Zenith St. Petersburg last week, and will hope to build on that when they trade tackles with Lazio at the Jan Breydel Stadium.

The Nigerian international opened the scoring for Brugge last weekend as Philippe Clement’s side secured a 2-1 win over the Russians.

It was Dennis third goal in the competition’s history having scored twice in the clash against Real Madrid last season.

Meanwhile, Odion Ighalo will be hoping he gets a look-in from Ole Gunnar Solskjaer when Manchester United welcome RB Leipzig to Old Trafford.

Ighalo has found game time hard to come by since he joined United on loan in January. He missed the win over PSG last week and was left out of the squad that drew against Chelsea last weekend.

However, Solskjaer is expected to shuffle his squad for tonight’s encounter, and that could see the former Super Eagles striker earn a rare appearance.

CHECK IT OUT:  LMAO!! Watch This Celestial Chior Twerk During Church Service (Video)