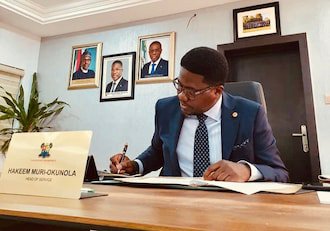 Lagos state government has ordered all civil servants in the state to return to work immediately after spending around 7 months at home.

In a statement released on Sunday, November 1, the government said workers from Grade Level 1 – 12, who had been earlier left out of resumption, should now return to work.

All the workers are expected to be at their respective duty posts by Monday, November 2.

The order was issued by the Lagos State Head of Service, Hakeem Muri-Okunola. 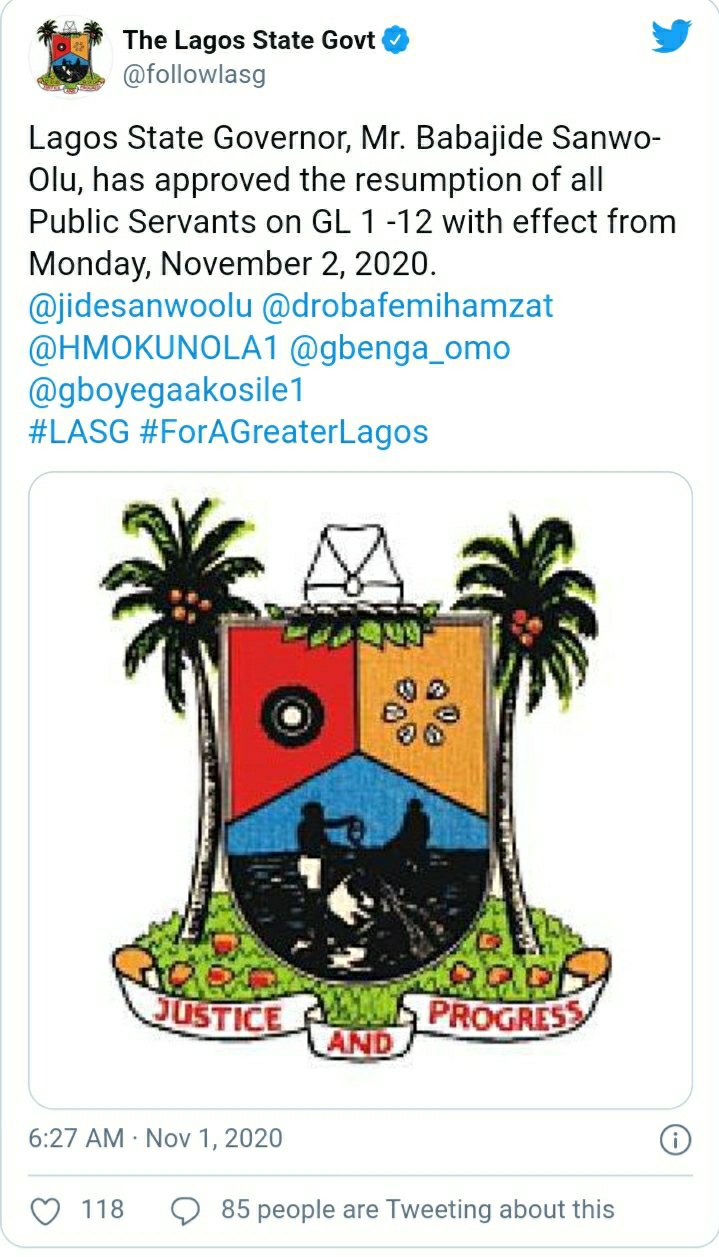 Muri-Okunola said the directive is in accordance with the recommendations of the Presidential Task Force (PTF) on COVID-19 and the advice of the State Ministry of Health.

All the workers are expected back at work while state government offices will keep rosters to monitor compliance with the order.

“Muri-Okunola urged all Accounting Officers to ensure strict adherence to all safety protocols guiding against the spread of the virus in their respective MDAs, just as he directed that attendance duty rosters must be maintained in all State Government establishments.”
Governor Sanwo-Olu, had on Friday, May 1, directed government workers on Grade Level 14 to resume their duties fully by Monday, May 4.

The government in a statement also released by Muri-Okunola pointed out clearly that frontline health workers and security officials at all levels are expected to be at their workplaces.

This move followed a similar order by the federal government to its own civil servants.

The post Coronavirus Lockdown: Lagos orders all civil servants back to work appeared first on .

CHECK IT OUT:  Peruzzi ‘Threatens’ South African Artiste AKA Over Xenophobia