Euro- Round Up: Disappointing Night For Nigerian Stars - NaijaCover.Com
Skip to content 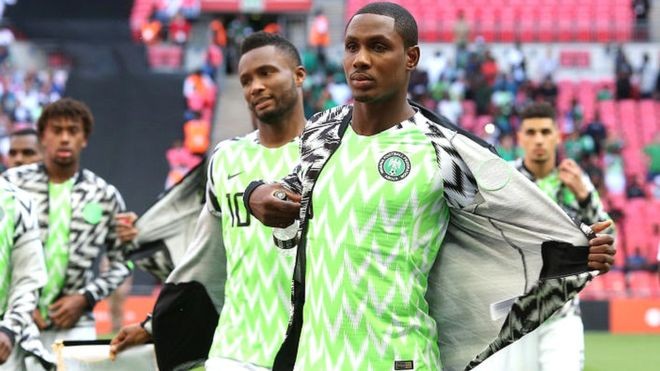 A couple of Nigerian stars were in action for their clubs in the UEFA Champions League and Skybet Championship, but it was a night to forget for many of them

Odion Ighalo’s lack of game time at Manchester United continued as he was an unused substitute in United’s loss to Istanbul Basaksehir in their Champions League group stage encounter.

Ighalo hasn’t featured for United in the Champions League this season, and his story did not change on Wednesday night as Solskjaer’s men suffered their first loss in the competition.

Demba Ba put Istanbul ahead in the 13th minute before Edin Visca made it two in the 40th minute. Anthony Martial pulled one back for the Red Devils two minutes from the break, but Istanbul held on following the restart to record a famous win.

In another Champions League game, Emmanuel Dennis featured for 85 minutes, but he could not repeat his opening day feat as Club Brugge suffered a 3-0 home loss to Borussia Dortmund.

Dennis had opened his account in the 2-1 win over Zenith ST. Petersburg, but struggled in a night Brugge were taught a football lesson by their German opposition.

Thorgan Hazard put the Black and Yellows ahead in the 14th minute before a brace from Erling Braut Haaland in the 18th and 32nd minutes sealed a comfortable victory for Lucien Favre’s men.

Meanwhile, in the English Championship, William Troost Ekong was on the bench while John Mikel Obi saw yellow as Watford edged out Stoke City in a thriller.

Steven Fletcher put The Potters ahead two minutes into the game, but Tom Cleverly’s strike in the 28th minute levelled matters for the hosts.

CHECK IT OUT:  Fans Offer Title For Davido’s Next Album After He Asked For Suggestions

Joao Pedro’s penalty in the 61st minute then sealed the turnaround for Watford, but Nick Powell’s strike nine minutes from time restored parity for Stoke.

However, there was to be more drama as Ismaila Sarr’s strike in added time sealed a dramatic victory for The Hornets.