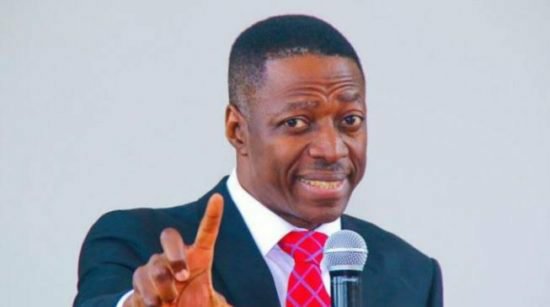 Senior Pastor of Daystar Church, Pastor Sam Adeyemi, has reacted to the lawsuit filed against him and others for their involvement in the End SARS protest.

A Nigerian man identified as Kenechukwu Okeke, with the Twitter handle @HumanRightsNG, today November 10, filed the criminal complaint against some Nigerians who publicly associated with the #EndSARS protests.

Kenechukwu alleged that his properties were destroyed during the riots “instigated and incited” by the 50 “accused persons” and asked that promoters of the End SARS protests be brought to justice.

Pastor Sam who was also listed in the suit as a defendant took to his Twitter handle to react to the development.

”Who sent this guy to file this frivolous law suit?”

The post Pastor Sam Adeyemi reacts to suit filed against him over his involvement in the #EndSARS protest appeared first on .

CHECK IT OUT:  Tiwa Savage reveals she once lived in a shelter for the poor in New York