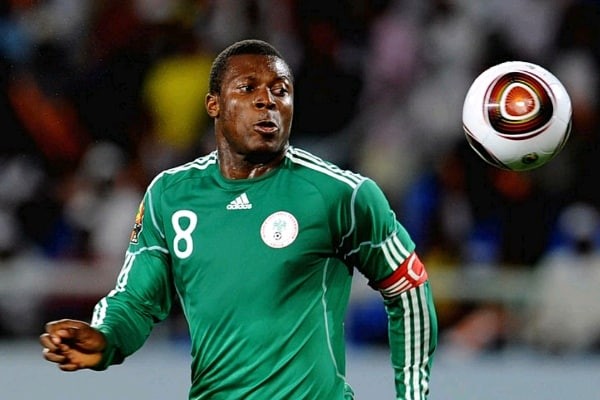 Rohr assumed the role of Super Eagles head coach in 2016, and within this period he has led the team to the 2018 World Cup and 2019 Africa Cup of Nations with Nigeria finishing third in the latter competition.

The former Bayern Munich star was rewarded with a new two-year deal in May, but the Super Eagles performance has taken a downturn since then.

Nigeria failed to win any of their international friendly matches last month, losing to Algeria and playing out a 1-1 draw against Tunisia.

While those results may be excused, the Super Eagles failure to beat Sierra Leone in their doubleheader Africa cup of Nations qualifier has put Rohr under fire.

The three-time African champions blew a four-goal lead in the first leg while both sides played out an uninspiring goalless draw in Freetown.

Both Rohr and the team came in for criticism, and Aiyegbeni believes it is the time to sack the German tactician as he is not good enough.

“The coach is not good enough, let him go,” the former Super Eagles striker said in a phone interview with Lagos Talks.

“Some of the boys are not good enough, I don’t know where they are bringing them from. Who is inviting these players?

CHECK IT OUT:  Man Gets A Car For Returning N53m Mistakenly Paid Into His Account By The Govt

“Our football is getting worse every day. When I was there, people criticise us, but we’re way better than these ones.

It remains to be seen if Rohr will be relieved of his duty as he is only seven months into his new two-year deal.